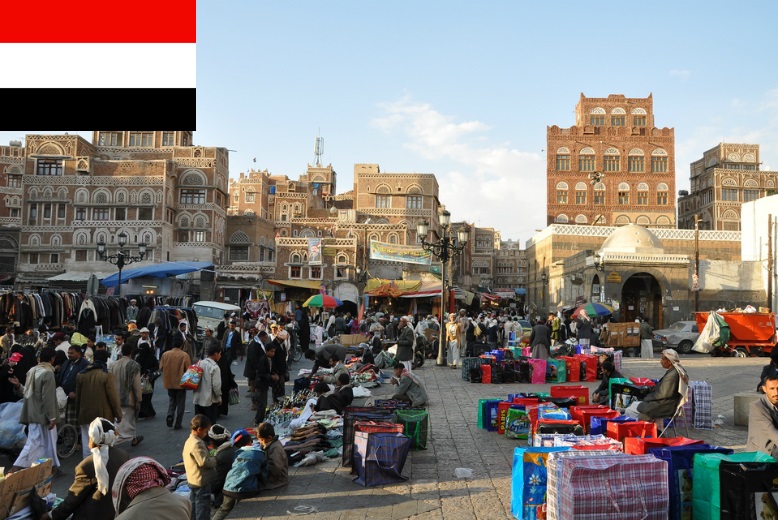 Yemen is a country located in the region of Western Asia. See abbreviation for Yemen. Yemen was ruled for over twenty years by a regime that erupted in respect for human rights, even though the rule of the government itself had democratic elements. Striking fighting led to the then president giving up power in 2011. But the country has continued to be plagued by conflicts, and full war with several countries involved has raged since 2015.

The state of Yemen was formed in 1990 when the imamat in North Yemen merged with the former socialist South Yemen (see Modern history). Since the beginning of the 2000s, several crises have flared up. This includes a religiously inspired civil war in the north, a growing separatist movement in the south and Islamist attacks. Another problem is that the oil is likely to run out within a few years, which means that Yemen may lose a large part of its export earnings.

Although the situation has deteriorated gradually, internal conflicts are nothing new. Yemen’s central governments have always been weak. In many places, local clan leaders govern their own laws and traditions. There have long been conflicts between government forces and clan militia, or within and between different clans. It has also happened for a long time that various groups are blocking roads, blowing up oil pipelines or kidnapping government officials and foreigners in order to exert pressure on the government. It has, for example, been about protesting against political decisions, highlighting dissatisfaction with bad roads and other infrastructure, demanding jobs for the group’s members or releasing imprisoned relatives.

One reason for the widespread violence is that Yemen is one of the world’s most densely armed countries. Most adult residents have access to modern firearms, and some groups also have heavier weapons such as armor-fired robots, anti-aircraft guns and lighter artillery.

President Ali Abdullah Saleh ruled the country for over twenty years. After the 2012 power shift when Saleh was succeeded by his Vice President Abd Rabbu Mansur Hadi, the terror network al-Qaeda gained more influence and Islamist groups began their own war against the state by attacking soldiers and police or other targets associated with the central government. The separatists in the south also began to use more force to force their demands, and since 2004 there has been an uprising among Shia Muslims from the north, so-called huthis, who felt discriminated against by the central government. 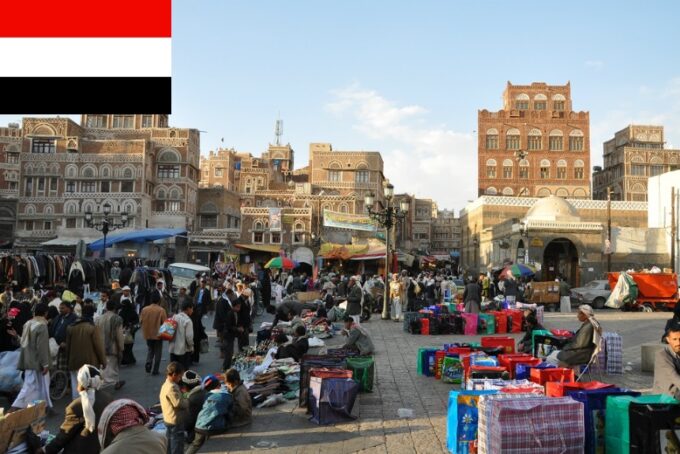 To try to bridge the contradictions, an almost year-long national conference was started in Sanaa in 2013. Over 500 representatives of different groups in the community gathered to write a new constitution that would pave the way for general elections. The conference ended without any real results being achieved, but the delegates agreed to convert Yemen into a federation to meet the rebels in the north and south who demanded decentralization of power. After the conference, a committee headed by the president decided that the envisaged federation would consist of six states. The decision was immediately rejected by the Houthis and separatists in the south.

In the fall of 2014, the Huthira rebels besieged the capital to get through their demands for increased influence over the country’s government and President Hadi made an agreement with the rebels. Under the agreement, a new national government would be appointed and the Huthi retire, but this did not happen. The rebels remained in the capital and came to take over more and more state institutions as they expanded south. The Huthis were supported by the ousted President Saleh and his party the General People’s Congress (AFK).

As the Huti people increased the pressure further in early 2015, President Hadi chose to step down with the head of government appointed in consultation with the rebels. The Huthis then dissolved the parliament and announced that the country would be temporarily ruled by a five-man strong presidential council, which prompted widespread protests both inside and outside Yemen. Hadi withdrew his resignation and fled to the port city of Aden in the south. As the Houthis soon advanced south and approached Aden, the Sunni Muslim-controlled neighboring states intervened in favor of the Hadi government. An alliance led by Saudi Arabia began in March 2015 to bomb the Houthis’ positions. The alliance received some support from the United States and other Western countries. Peace talks between the Houthis and the exile government were held in Geneva, under the UN mediation, to seek a political solution, but yielded no results.

In September 2015, both Hadi and his Prime Minister returned to Aden, after six months in exile. It was seen as a sign that the Saudi-backed military alliance had secured enough territory for the exile government to administer part of the country. But the war has brought severe hardship to the population, with food shortages and the spread of serious diseases such as cholera. Aid broadcasts have been hampered by the Saudi-led alliance blocking ports and airports.

The Huthirebells and former President Saleh’s supporters have nevertheless managed to hold up and control the capital Sanaa, but this has led to internal wear and tear. When Saleh began to show willingness to negotiate with Yemen’s internationally recognized government, cooperation on the rebel side collapsed. Struggles between opposition forces erupted and Saleh was killed in an assault by Houthis at the end of 2017.

In 2018, much of the fighting was around the important port city of al-Hudayda. At the same time, the international dimensions of the civil war became increasingly clear. Since then, the Shiite Hutirbells have been firing robots with Saudi Arabia, and Saudi Arabia, which together with the United Arab Emirates accuses Iran of arming the Hutis, continues to carry out air strikes in Yemen.

A new attempt to get the parties to the negotiating table again, in Sweden, succeeded at the end of 2018 and a clearing could be discerned. Important steps to achieve peace seemed to have been taken, but the parties have been reluctant to fulfill the promises made, and the UN and other aid organizations have increasingly warned of a growing famine in the shadow of the fighting.

Cohesion on the government side is faltering. Separatists in the south are increasingly clearing their own demands for independence for South Yemen, and they have taken up arms against government-loyal forces with which they had previously been allied. In Aden there was irritation, among other things, since Hadi 2017 gave a governor with the sympathies in the south fired. The Hadi government, which in 2014 was forced away from Sanaa by the Houthis, succeeded when the conflicts with the south again this day also failed to retain the port city of Aden as an alternative stronghold.

After several years of war between two major blocs – the Shi’ite Muslim Houthis backed by Iran against Sunnis backed by the nearest neighboring countries – the South Yemenis have been detached as a third bloc since 2019. And the South Transitional Council is leaning against the United Arab Emirates, which, after training, among other South Yemeni forces, has flagged down its own war effort in Yemen. After a couple of months of open conflict, in November 2019 an agreement was concluded between the government and the South Yemenis on resumed cooperation. Not least, Saudi Arabia had at that time insisted that another front in the war should not arise. But in April 2020, unity broke again, and separatists proclaimed self-government in Aden.

Interest in a peace solution should be great even with other foreign parties who back up the fighting phalanxes. Saudi Arabia, which supports the government, is being pressured by sharp criticism both of the fierce war in Yemen and the assassination of a journalist at the Saudi Consulate in Istanbul 2018. Iran, which supports the Huhira rebels, has for its part been told that the UN sees evidence that weapons from Iran is used in Yemen. And in the United States, not least, is questioned by the Trump administration’s support for the Saudi leadership and its war in Yemen.

In March 2020, when the war with international involvement lasted for five years, it was still slow to get the parties to fulfill their peace promises. However, some bright spots had been reported regarding prison exchanges. In addition, seriously ill Yemenites, after tense negotiations, had to be flown out to care abroad.

1.Hadi was removed from his post in the capital during the ongoing conflict and now has his base in the port city of Aden in the south
2. Muin Abd al-Malik Said is the prime minister of Hadi’s government in Aden