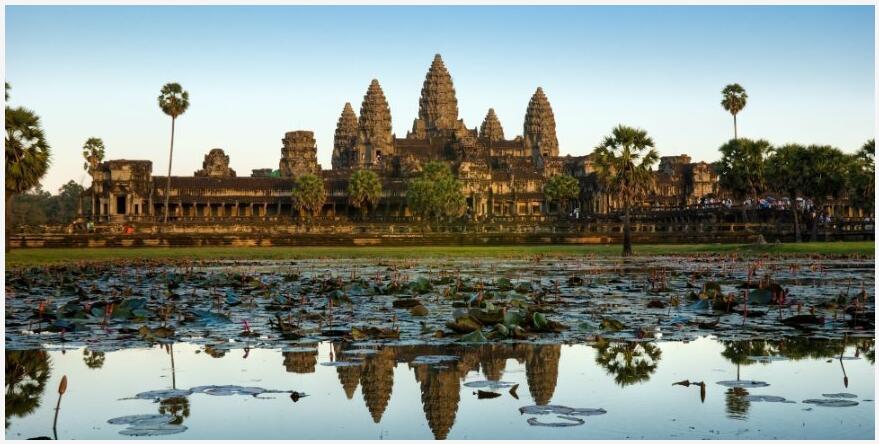 Angkor Wat is a legendary temple located near the city of Siem Reab in northern Cambodia.

The temple, which has become a symbol of Cambodia, is the country’s main attraction and a magnificent example of the glorious architecture of the ancient Khmers.

Angkor Wat is considered one of the most important archaeological sites in Southeast Asia.

And the temple itself is once and for all breathtaking. 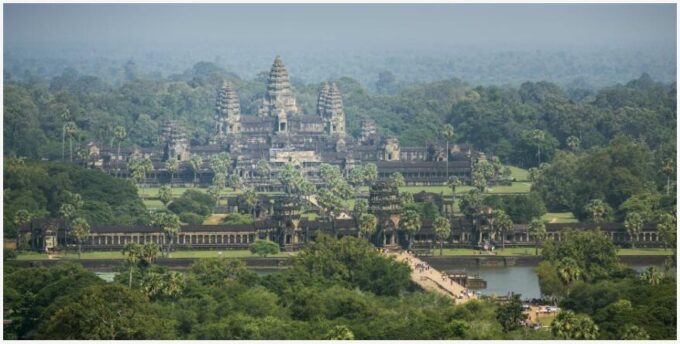 The area around Angor Wat is fabulously beautiful.

The temple complex consists of several different temples. One of these is the Bayon Temple, adorned with 216 smiling faces carved from stone. One of the most significant archaeological sites in the area is Angkor Thom, located north of Angkor Wat, which served as the capital of the Khmer Empire in the 12th and 13th centuries.

The scenery of Angkor Wat is unique. The fascinating shapes of the temple are reflected in the beautiful moat that surrounds the entire temple.

The tallest tower of the temple rises spectacularly as much as 55 meters above the ground. The temple complex is bordered by beautiful lush trees, and the blue sky creates a wonderful backdrop for all of this.

Symmetry and splendor are key in the temple complex built by King Suryavarman II. 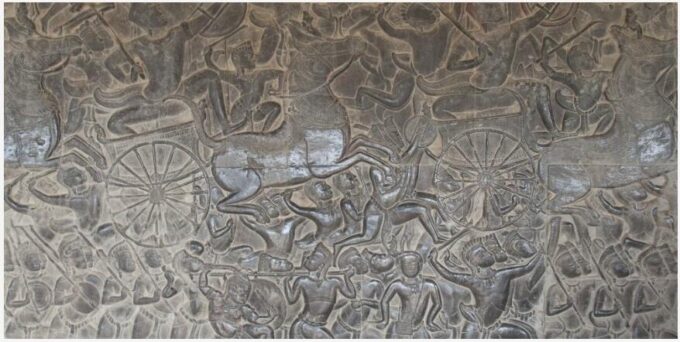 Angkor Wat was built in the 12th century.

The name is in the Khmer language and means “city of temples,” and Angkor Wat, built by King Suryavarman II, was the largest temple in the entire Khmer kingdom. Construction work on the temple complex was interrupted after the death of Suryavarman II.

The Khmer kingdom was overthrown in the 15th century, but the history of the empire still lives inside the walls decorated with countless carvings in Angkor Wat.

The construction of the temple took 37 years and required the labor of 6,000 elephants and 300,000 people. All the work had to be done by hand, as in the 12th century, of course, there were no construction machines to facilitate the work.

Angkor Wat was originally built for Hindus and dedicated to the Hindu god Vishnu, but in the 13th century it was converted into a Buddhist temple.

Angkor Wat, a masterpiece of Khmer art, was selected as a UNESCO World Heritage Site in 1992 because the temple is unique on a global scale.

Today, Angkor Wat is a symbol of all of Cambodia. 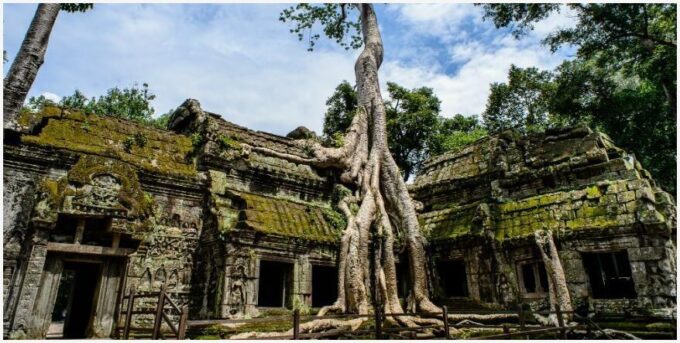 There are many interesting facts about Angkor.

Do you want to get to explore this fascinating architectural masterpiece for yourself? In that case, embark on an exciting trip to Cambodia with Asia Travel! 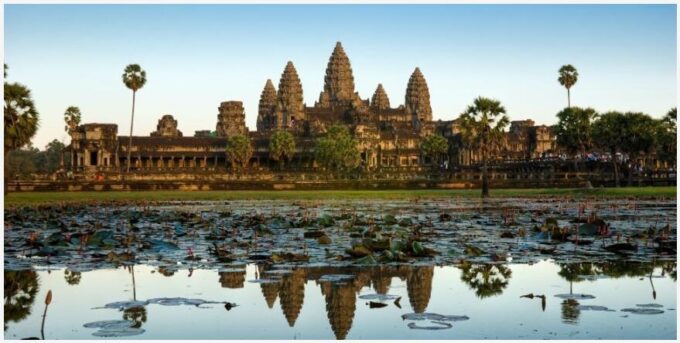