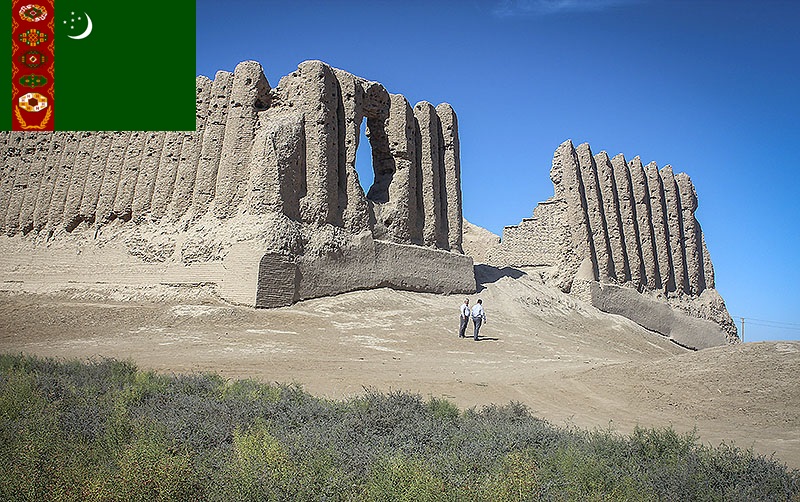 Turkmenistan is a country located in the region of Central Asia. See abbreviation for Turkmenistan. Turkmenistan has been governed since 2007 by the authoritarian President Gurbanguly Berdimuhamedow and his power over the Turkmenistan Democratic Party (TDP). Since Berdimuhamedow succeeded the dictator Saparmurat Nijazov, he has carried out political reforms such as multi-party systems and increased freedom of the press. However, these soon turned out to be just paper products. Berdimuhamedow is accused, like Nijazov, of suppressing opposition and violating the human rights of its citizens.

When Nijazov suddenly passed away in December 2006, a new election for the presidential post was announced until February 2007. For the first time, several people were allowed to run for office, but all were members of the ruling party TDP. Winners became Deputy Prime Minister Gurbanguly Berdimuhamedow, who received over 90 percent of the vote. He had been acting head of state since Nijazov’s death.

The new president promised political reforms while saying he wanted to follow Nijazov’s paved path. Some signs of thunderstorms could be discerned. Berdimuhamedow settled with the cult of personality that Nijazov cultivated around himself (see Modern History). Her decision to name the months and weekdays after her family members was upheld. Opera, ballet and circus were allowed again, and the hospitals that Nijazov closed closed again. Pensioners who had been deprived of their pensions were again paid money. The Internet, which had been heavily regulated, became somewhat more accessible to the small group of residents who could afford to connect. In 2008, Berdimuhamedow passed constitutional amendments that restored the legislative power to Parliament, but at the same time strengthened the presidential power. 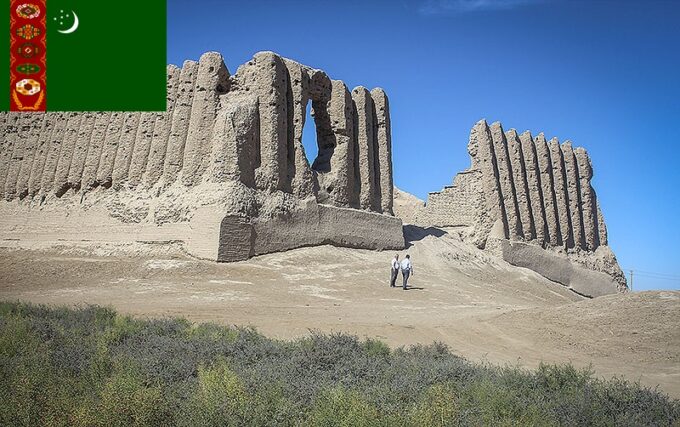 Multiparty systems were also introduced, but when parliamentary elections were held in December 2008, only TDP was allowed to stand, as well as regime-loyal but formally independent politicians. Opposition politicians who were not in exile were discriminated against when registering for the elections. The OSCE felt that it was not even worthwhile to monitor the election, so the organization felt it was inadequate. Officially, the turnout was reported to have exceeded 90 percent, the opposition spoke of less than 30 percent.

Soon, Berdimuhamedow switched grip on power. In 2009, the rulers of the Nijazov era were cleared out and in 2010 he let down the gold statue of Nijazov that adorned the capital of Ashgabat city center. In the shadow of similar reform-friendly symbolism, the regime returned to repressive methods. Oppression increased against opposition and human rights activists, citizens were forbidden to leave the country, foreign inspectors were not allowed to visit prisons and freedom of the press was circulated.

Berdimuhamedow began cultivating a cult of personality around himself. In October 2011, Berdimuhamedow was awarded the title “Turkmenistan’s Hero” by the so-called Elder Council, which consists of around 600 people aged 60 and up. Nijazov received this award three times. Other titles given to Berdimuhamedow are Arkadag (The Guardian of the Mountain) and the People’s Horse Breeders. In 2015, a golden statue was erected in the capital depicting Berdimuhamedow on a horse. Reading of the president’s own “literary works” has been ordered from high school onwards.

In the February 2012 presidential election, eight people were elected, including Berdimuhamedow. The victory was given in advance and according to the Election Commission, the sitting president was re-elected with just over 97 percent of the vote.

Later that year, Berdimuhamedow announced that a second party would be registered alongside the Turkmenistan Democratic Party, namely the Party of Industrialists and Entrepreneurs (TSTP), who, through a June 2013 election, got its first member in parliament. Critics felt that the election was a politically insignificant attempt by the regime to respond to criticism of the one-party system.

Elections with an “opposition party”

In June 2013, the President announced that parliamentary elections with more than one party would be held in December. That same summer, Berdimuhamedow announced that he was resigning as leader of the TDP, on the grounds that the country’s president should be party-politically independent in a multi-party system. He also explained that other leading politicians and government officials would no longer be party members.

It soon became clear that only TSTP would be symbolically allowed to challenge TDP. The real opposition was outlawed and in exile. Amnesty International noted that the election did not entail a change in the regime’s “total repression”.

The election result gave the government party and its support groups (trade unions, women’s and youth organizations, community groups) 111 of the 125 seats. The Party for industrialists and entrepreneurs received 14 seats. Independent observers highlighted how unequal conditions have been to TDP’s advantage during the election movement, for example as regards space in the media. The observers also emphasized that irregularities often occurred during the election process.

After the election, the government continued to announce cosmetic political reforms, as well as to introduce new repressive methods against opponents. The members of the TSTP in the new parliament soon turned out to vote in accordance with the regime’s political line on all matters of importance.

From 2016, Turkmenistan experienced a growing economic crisis due to declining revenues from oil and natural gas. The social turmoil in society increased as the regime abolished or lowered the level of several subsidies on basic commodities such as fuel, electricity, gas, water and certain foods. In several parts of the country, repeated protests against food shortages and deteriorating living conditions.

In September 2016, a new constitution was adopted (see Political system), which among other things means that the age limit of 70 years was abolished for the president. Thus, Berdimuhamedow could also continue to run for president. At the same time, President Berdimuhamedow announced that a third party, the regime-loyal Turkmenistan Farmers’ Party (TAP), would be allowed to stand with candidates in the 2018 elections.

In February 2017, President Berdimuhamedow was re-elected with just over 97 percent of the vote. He was symbolically challenged by six formally independent candidates as well as a candidate from the TSTP and an associated TAP.

From the middle of the 2010s, it became increasingly clear that Berdimuhamedow’s eldest son, Serdar, was meant to be his successor. The son was elected to Parliament in 2016, was appointed Deputy Foreign Minister 2018 and Governor of Ahal in 2019.

97% in the February 2017 presidential elections, 92% in the March 2018 parliamentary elections