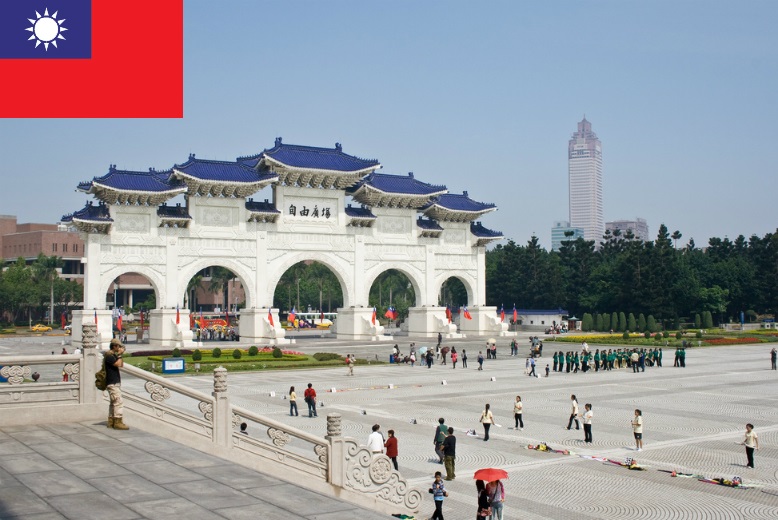 Taiwan is a country located in the region of Eastern Asia. See abbreviation for Taiwan. After eight years with Kuomintang at the helm, Tsai Ing-wen in 2016 was elected new president of Taiwan at the same time as her party DPP became the largest in parliament. After the change of power, relations with China cooled down. In the local elections 2018, the ruling party suffered a stinging defeat, but two years later, growing Beijing-critical sentiments among Taiwanese contributed to the re-election of Tsai and DPP for a second term in office.

In May 2016, Tsai Ing-wen took office as the first woman in the presidential post in Taiwan and the second president to date from the Democratic Progress Party (DPP). With 56 percent of the vote, she had won a clear victory in the January 2016 presidential election over Kuomintang’s candidate Eric Chu, who received 31 percent of the vote. In the election to the Legislative Assembly, the Democratic Party (DPP) gained absolute majority with 68 seats out of 113. Kuomintang (KMT) received only 35 seats, while a completely newly formed party New Power Party (NPP) sailed in third place.

Tsai promised to work to maintain the current state of relations with China and not pursue any line of independence. But she and the DPP government did not want to express their support for the 1992 agreement between Taipei and Beijing that there is only one China (one China policy), which includes Taiwan (see Foreign Policy and Defense). The decision was strongly questioned by the opposition party Kuomintang, which believes that the Taiwanese are thus unnecessarily drawn into a confrontation with Beijing. Former KMT President Mas’s acceptance of the agreement was an important reason why China and Taiwan expanded their cooperation in the second half of the 2010 century. 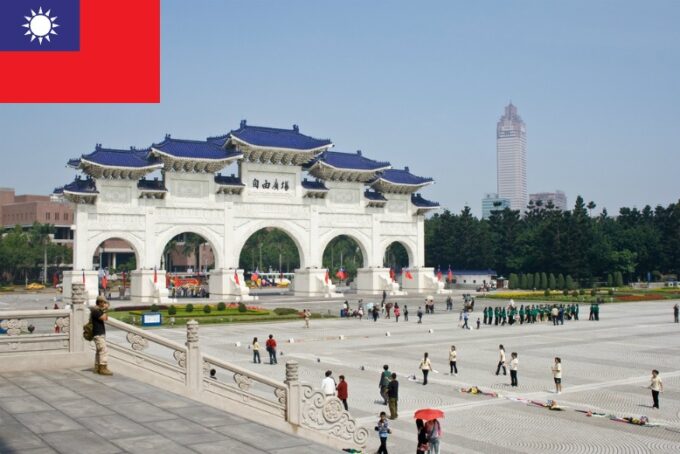 The consequence of Tsai’s position was that Beijing interrupted the ongoing cooperation and dialogue with Taipei. A campaign was launched to isolate Taiwan diplomatically (see Foreign Policy and Defense). In addition, Beijing sought to attract Taiwanese to the mainland by offering scholarships for education and job opportunities on the same terms as for mainland Chinese.

Beijing hopes that the tougher measures taken against Taiwan will help increase the dissatisfaction with the Tsai among the Taiwanese, but in many cases the policy has instead made the Taiwanese more negative to reunite with the mainland. Opinion surveys have recently shown a continuing trend towards fewer people in the population perceiving themselves as Chinese and part of China. In a survey conducted by a university in Taipei (National Chengchi University), only 3.7 percent of the participants identified themselves as “Chinese”. Even within the KMT opposition, most people are against reunification with the mainland. In Tsai’s DPP, there are phalanges who openly recommend that Taiwan seek independence.

Tsai Ing-wen, when elected president, also promised to boost the country’s economy, which has lagged behind in recent years and to push through reforms of the pension system and the labor market. In recent years, the need to review the pension system has become increasingly widespread, as the voluntary agreements with public servants and teachers have become increasingly difficult to finance; within a few years, the money is no longer expected to be sufficient for pension payments. In 2017, the legislative yuan made the decision to reduce payouts to public servants and teachers, while further reductions were planned for other professions. The changes were met by strong protests and demonstrations from the groups involved.

Even among young Taiwanese, dissatisfaction with Tsai increased. Not least was the fact that the DPP regime had failed to gain real momentum on the economy at the same time as the low wage situation is a concern for many.

Settlement with the Kuomintang Board

The opposition within Kuomintang, however, found it difficult to take advantage of the falling support for Tsai. The party weakened after the 2016 election loss and its financial base has decreased. The DPP regime passed a new law in the summer of 2016 that required political parties to return assets to the state which they received in an “improper” manner. The law was specifically aimed at KMT, which took over large assets from 1945 when the Japanese left Taiwan (see Modern History). For DPP and President Tsai, the law was a way to try to reduce KMT’s widespread influence in society. After the law was introduced, KMT assets were frozen in a bank account. In addition, a number of legal proceedings have been initiated against former KMT President Ma Ying-jeou. Among other things, Ma has been declared guilty by a court of having leaked secret security information, a judgment which however was appealed in May 2018.

Another heart issue for DPP and Tsai was to settle with the country’s authoritarian past under Kuomintang’s rule until 1987 and ensure justice. In December 2017, Parliament passed a law on transitional justice, which requires the removal of public symbols and names from the authoritarian regime. In addition, a special commission was set up to work on these issues.

After the DPP stepped back sharply in local elections in November 2018, President Tsai left the party leader post. The opposition triumphed in at least 15 of the local assemblies and judges believed that KMT’s success was due to voters’ dissatisfaction with cuts in pensions, new labor market laws and the cooled relations with Beijing.

A particularly severe blow to the DPP and President Tsai was the loss of the mayor’s post in Kaohsiung, where the party had ruled over the past two decades. New mayor of Kaohsiung surprisingly became Han Kuo-yu from KMT, who in a short time managed to win strong support among the residents. A few months later, he was also named Kuomintang’s candidate in the 2020 presidential election.

But as the presidential and parliamentary elections to be held in early 2020 approached, the political situation had changed radically. Support for President Tsai had increased again, and she now led the poll in Han Kuo-yu from Kuomintang. There were several explanations for the new situation. One of the most important was the widespread protests that have shaken Hong Kong since the summer of 2019. Beijing has long wanted Taiwan to be included in the People’s Republic of China under the same conditions as Hong Kong, under the formula “one country, two systems” (see Foreign Policy and Defense), something to which there is strong opposition in Taiwan. Beijing’s hard line in relation to the demands of democracy activists in Hong Kong has fueled Beijing-critical sentiments in Taiwan. It has given President Tsai further support for his message that Taiwan must maintain its independence and not fall short of the threats from China. She has managed to get a response, not least among young Taiwanese, who support the Hong Kong protesters.

Kuomintang’s Han Kuo-yu also expressed his support for the Hong Kong protesters, but he was perceived despite being affiliated with Beijing. The distrust of Beijing has been sparked by the Chinese government’s continued aggressive stance on Taiwan, as well as by the fact that Beijing has been trying to influence the upcoming elections in various ways. Among other things, international media reported that journalists at a newspaper, the China Times, and a TV company, both owned by a Beijing-friendly businessman, stated that they were daily pressured by Beijing to control the content of their news reporting during the election year.

In early 2020, just before Election Day on January 11, Taiwan’s legislative yuan passed a law to stop Beijing-backed efforts to exert pressure on Taiwanese politicians. The opposition within Kuomintang boycotted the vote on the much-debated law, which was criticized, among other things, for restricting political rights and for being an attempt by the DPP to control the election result. The new law regulates donations and lobbying and actions in connection with elections. Those who violate the law can be sentenced to high fines or imprisonment.

In addition to Tsai and Han Kuo-yu, a third candidate also took part in the election: James Soong of the small People First Party (PFP), who for the fourth time tried his luck in a presidential election.

In other words, most of it pointed to a victory for Tsai in the election and so it was. She even set a record by winning more votes than any former president: as many as eight million of the electorate, 57 percent, voted for the president, while her opponent Han Kuo-yu received only 39 percent.

In the election to the legislative yuan, held at the same time, the DPP retained control of a majority of seats, even though it lost seven seats. KMT received 38 seats. The small Taiwan People’s Party, formed in the summer of 2019 by the mayor of Taipei Ko Wen-je as an alternative to the DPP’s green bloc and KMT’s blue alliance, was given five seats.

Read more about the ongoing political development in the Calendar.