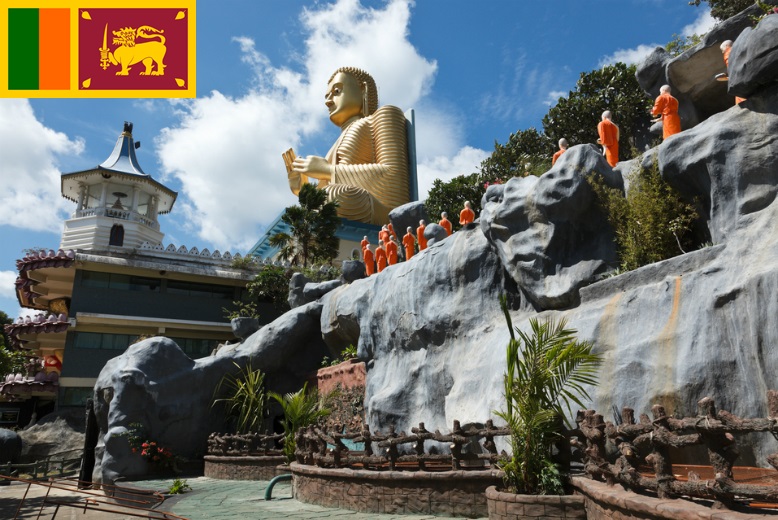 Sri Lanka is a country located in the region of Southern Asia. See abbreviation for Sri Lanka. Former Defense Minister Gotabhaya Rajapaksa of the SLPP party won the November 2019 presidential election following an intense election campaign which he devoted entirely to security issues. Rajapaksa is a controversial person, especially in the West, as he has been accused of both war crimes and embezzlement. Four days after the election victory, President Rajapaksa appointed his brother, President Mahinda Rajapaksa, as Prime Minister for a transitional government.

Basically, the aftermath of the civil war between 1983 and 2009 still casts long shadows on Sri Lankan politics. The background was contradictions between the Sinhalese and the Tamil minority. The Tamil guerrilla, the Tamil Eelam Liberation Tigers (LTTE), which fought for an independent state, controlled large areas of the north and east for several years before it was defeated in May 2009. The war claimed between 80,000 and 100,000 lives.

Mahinda Rajapaksa (brother of Gotabhaya Rajapaksa) and the Left Party of Sri Lanka’s Freedom Party (SLFP), which leads the party alliance United People’s Freedom Alliance (UPFA), sat in power when the LTTE was crushed. Rajapaksa and SLFP with allies were re-elected in the 2010 presidential and parliamentary elections by a wide margin. After the election victory, Rajapaksa quickly gathered more and more power around himself and his family. Regime critics such as human rights activists and journalists lived dangerously.

Soon came criticism from the political opposition, led by the right-wing UNP, and from the outside world. The criticism was partly about how the military acted after the end of the war, the government’s extended arm in the Tamil-dominated areas of the north and controlled much of daily life there, and partly about how tens of thousands of Tamils ​​placed in refugee camps could not return home due to remaining mines, destroyed houses and confiscated land. Still in 2018, around 37,000 people were homeless or living with relatives and friends. 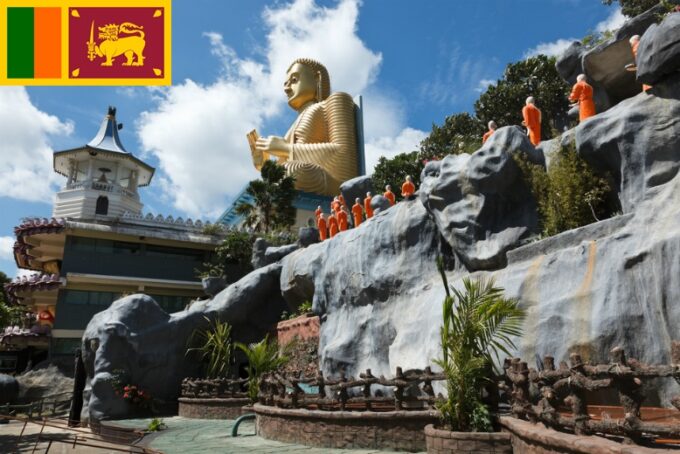 After losing some provincial elections in 2014, Rajapaksa announced new elections in January 2015, two years in advance. The president was surprisingly challenged by one of his SLFP ministers, Maithripala Sirisena, who was supported by the largest opposition party, the United National Party (UNP). The Sirisena also received strong support from the country’s Muslims and Hindus. The result was that Sirisena won in the presidential election, which had seemed unthinkable when Rajapaksa announced the election. Before the election, Sirisena had promised a reform policy with diminished power to the president.

As new Prime Minister, Sirisena appointed UNP leader Ranil Wickremesinghe. In order to gain wider support for its reform policy, Sirisena included in his government 26 MPs who until recently had belonged to the SLFP. As a result, Rajapaksa’s political camps were further weakened.

As part of Sirisena’s promised campaign against corruption, in April 2015, the anti-corruption unit launched criminal investigations against Rajapaksa and his two brothers, who had held ministerial posts in his government.

In April 2015, Parliament decided, among other things, that a person can be president for a maximum of two terms of office, unlike as before, an unlimited number of periods. The president’s right to appoint senior officials in the judiciary, the police, the electoral authority and the state administration was abolished at the same time (see Political system).

Although Rajapaksa and his political circle were weakened, they opposed Sirisena whenever they could. As the government became increasingly difficult to conduct its policy, Sirisena announced a new election in August 2015. Rajapaksa announced that he intended to try to win the Prime Minister’s post.

Two major political camps stood against each other: on the one hand, the UNP and a series of minority parties that together formed the Alliance United National Front (UNF), on the other, the Rajapaks-friendly party alliance UPFA, which included parts of the SLFP. UNF won with 46 percent of the vote against just over 42 percent for UPFA.

In September 2015 Sirisena formed a new government with UNP and parts of SLFP. UNP leader Wickremesinghe remained as prime minister. UNP received 32 ministerial posts, while 11 went to SLFP. The Foreign and Finance Minister posts went to the UNP, while Sirisena retained the Defense Minister post herself. The government’s main goals were economic recovery, anti-corruption and a more balanced foreign policy (which, under Rajapaksa, has become increasingly China-oriented, see Foreign Policy and Defense).

In 2017 and 2018, it became increasingly clear that Sirisena not only had to fight a power struggle with Rajapaksa. A crack between the president and his own prime minister, UNP leader Ranil Wickremesinghe, seemed to widen rapidly. It cracked down on the joints in the government cooperation between UNP and SLFP, among other things with regard to proposed tax reforms, complicated changes to the electoral laws at provincial level and about who was to blame for the economy not turning upwards.

When the opposition with Rajapaksa in the lead won landslide victories in the local elections in February 2018, Sirisena chose to reform the government. In April of that year, the opposition tried to trap the prime minister with a distrust vote for failing to stop a Buddhist nationalist wave of violence against Muslims in the spring. The attempt failed, but 16 SLFP members on the government side (including six ministers) voted in favor of a fall. The government was reformed again.

In October 2018, the power struggle between Sirisena’s SLFP Falang and Wickremesinghe’s UNP led to the country being thrown into an acute political crisis. As a result, a series of events led to the Sirisena bankruptcy leaving the government and Sirisena unexpectedly appointing President Mahinda Rajapaksa as new prime minister.

Wickremesinghe and the UNP refused to accept the president’s change of head of government and turned to court on the grounds that, according to the 2015 constitutional amendments, the president can no longer dismiss the prime minister. It must be done by Parliament, which was dominated by the UNP. The UNP demanded that Parliament meet to decide the dispute over who was the country’s legitimate head of government, a demand that was supported by Western governments. On the streets of Colombia, supporters of both Wickremesinghe and Rajapaksa gathered in protests that became increasingly violent.

To avoid a vote in Parliament that the UNP would surely win, Sirisena chose to dissolve the legislative assembly. Wickremesinghe refused to leave his office at the Government Offices.

The crisis deepened when Sirisena in early November announced new elections until January 5, 2019. He hoped that Rajapaksa could in the meantime lead a transitional government until the election.

On November 13, the Supreme Court annulled the President’s decree to dissolve Parliament. The motivation was that it violated the constitution. A day later, Parliament gathered and issued a declaration of no confidence in Rajapaksa. Parliament subsequently held all money transfers to the Government Offices and the Ministries to have control over the country’s crisis economy itself.

In early December, an appeals court ruled that Rajapaksa did not have the power to act as prime minister. Later that month, the Supreme Court ruled again that Sirisena violated the Constitution when, in November, through a decree, the parliament dissolved and announced new elections. On December 16, Wickremesinghe was reinstalled as Prime Minister after Rajapaksa complied with the HD ruling. The ministers came mainly from the UNP and from a small Tamil party.

By then, the country’s economy had suffered a great deal of damage from the crisis and state leadership was greatly weakened by the internal power struggles.

Terrorist acts against churches and hotels

On Easter Day, April 21, 2019, Sri Lanka was unexpectedly hit by a coordinated and widespread terrorist attack when a dozen suicide bombers struck three churches (in Colombo, Batticaloa and Negombo) and three luxury hotels in Colombo, where many foreign tourists lived. 258 people were killed and around 500 injured. Among the dead were some 40 foreign nationals (no Swedes).

The government quickly went out and explained that the domestic Islamist group NTJ (National Thowheeth Jama’ath) was behind the terrorist act, but that they had the help of global jihadists. The Islamic State (IS) soon took up the deed.

Sharp criticism was soon directed at the government and other responsible authorities for the response from them being too slow. It was revealed that Indian intelligence with warnings that a major attack was planned on Lankan land had fallen between the chairs and failed to reach the government. Assessors felt that the power struggle between the president and the government that plagued the country contributed to the late reaction. The government admitted “mistakes” and dismissed the national police chief and the highest official of the Ministry of Defense.

In an intense police chase on the perpetrators, about 100 suspects were arrested. The designated head of the act, NTJ leader Zahran Hashim, was blasted to death in the attack on one of the hotels according to police. In August 2019, the state of emergency imposed throughout the country was abolished following the terrorist act. By then, the police had said that all perpetrators were arrested or killed.

In September 2019, the electoral authority announced presidential elections until November 16 of that year. Thirty-five people ran for president, which was a record number. Mahinda Rajapaksa’s brother, former Defense Minister Gotabhaya Rajapaksa, was running for the party SLPP. He promised the Lankese to fight militant Islamism by building the security apparatus to the standard he considered it had when he was himself responsible minister.

Within the UNP, three politicians announced that they wanted to run: Prime Minister Ranil Wickremesinghe, Deputy Party Speaker Sajith Premadasa and Parliament Speaker Karu Jayasuriya. After a while, Wickremesinghe withdrew in favor of Premadasa, the son of Ranasinghe Premadasa, who was president when he was assassinated by LTTE in 1993.

President Sirisena did not stand for re-election.

During the election day, the security effort was great. A column of 100 buses with Muslim voters in the northwest was attacked by unknown armed perpetrators, but no injuries were reported. The electoral authority said that military roadblocks may have prevented voters in Tamil-dominated areas in the north.

Winning winners were Rajapaksa who received 52, 25 percent of the vote against 42 percent for Premadasa. The electorate was deeply divided between the Sinhalese who mainly voted for Rajapaksa, and Tamils, Muslims and Hindus who largely gave their vote to Premadasa. The election of Rajapaksa was controversial as he has been accused of both war crimes and misappropriation of state funds.

As new prime minister for a transitional government, he appointed his brother, President Mahinda Rajapaksa, who was also given the post of Minister of Defense and Minister of Finance. Foreign Minister Dinesh Gunawardene was appointed and Janaka Bandara Tennakoon became Minister of the Interior with responsibility for the police force.

During his first months in power, President Rajapaksa made several controversial decisions. Among other things, he closed the corruption trials against his brother, Prime Minister Rajapaksa. He also announced that Sri Lanka withdrew its support for the UN resolution which says that suspected war crimes in the end of the civil war in 2009 should be investigated (see Foreign Policy and Defense).

In March, President Rajapaksa announced parliamentary elections until April 25, 2020. However, a few weeks later, the authorities announced that the election was postponed until further notice due to the spread of the new corona virus, which caused a pandemic. In an effort to curb the spread of infection, all international airports were closed and curfews were introduced in parts of the country. In June, the Election Authority announced that the new election date was August 5.

78% in the August 2015 parliamentary elections, 84% in the November 2019 presidential elections