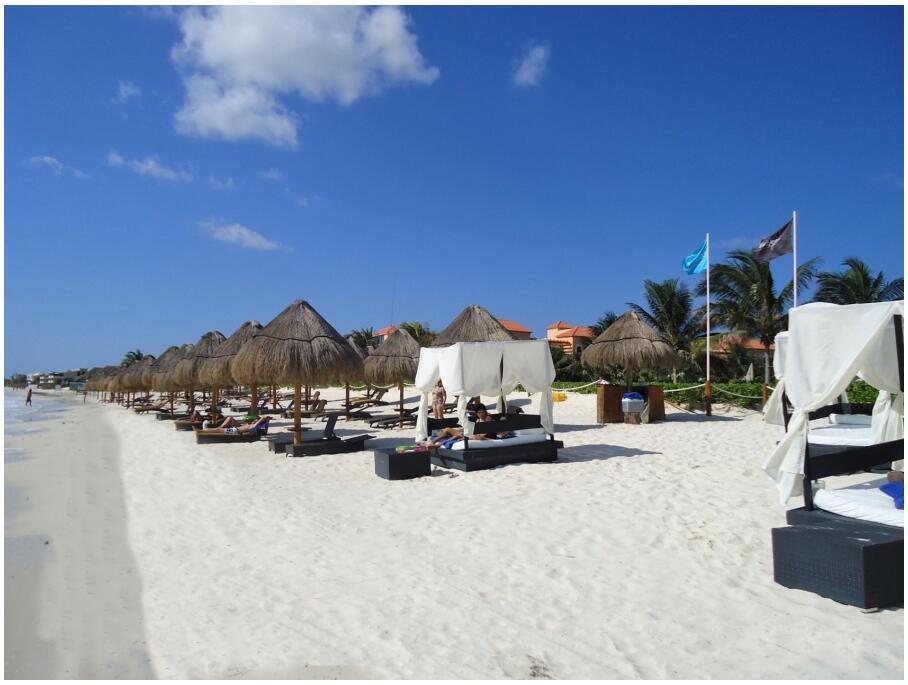 Mexico not only attracts visitors with the pretty colonial buildings of its capital and imposing Mayan ruins. The Central American country also has an abundance of varied landscapes and breathtaking nature.

The variety ranges from dense jungle to majestic gorges to remote islands. Regardless of whether you are in the mood for bathing fun, hiking and active holidays or an extensive cultural program – there is something for every taste in vacation in Mexico.

In the following we present you the most exciting tours, the most beautiful attractions and the best sights in Mexico. 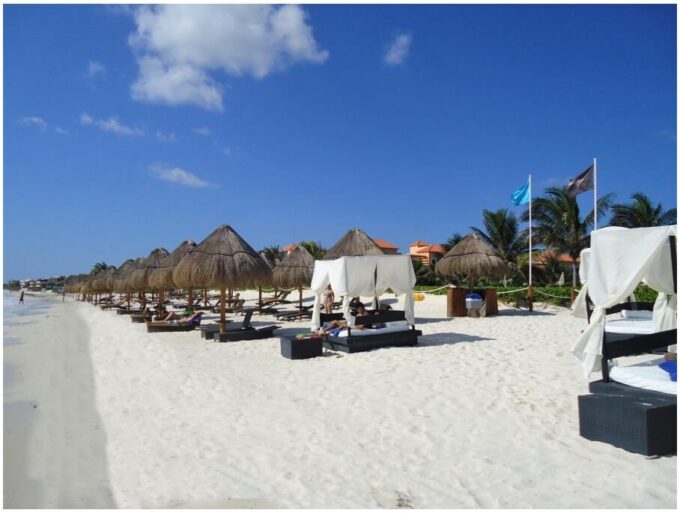 In the Mexican state of Chihuahua is Barranca del Cobre, in German “Copper Gorge”. The area got its name because of the greenish-copper color of the rock. With a length of 50 kilometers, the mountain range is four times the size of the Grand Canyon and has gorges up to 1,800 meters deep. A popular way to explore this geological wonder is on the Chihuahua al Pacifico railroad.

The route leads over more than 30 bridges and promises magnificent views over the canyons. But the area can also be discovered on foot. Hikers run over dizzying suspension bridges and cross gorges on Mexico’s longest zip line. In addition, numerous organizers offer climbing tours and horse rides through the rugged mountains.

Probably the most important ruined city of the lost Maya culture is on the Yucatán peninsula. On 1547 hectares, guests in Chichén Itzá can visit old temples and ceremonial buildings that are part of the UNESCO World Heritage Site. Nowhere else in Mexico will visitors find so many well-preserved monuments of high culture that one can plan a whole day for the visit.

El Castillo, a 30-meter-high stone pyramid with artistic reliefs, catches the eye from afar. Other sights include the warrior temple, the walls of which show mythological battle scenes, and the thousand-year-old Caracol observatory, which testifies to the astronomical achievements of the Mayans. There are also places here where the Mayans held their traditional ball games.

Tulum is located in the state of Quintana Roo, very close to the beaches of Cancun. The Maya city is located directly on the sea and was an important hub for maritime trade before the arrival of the Europeans. From afar, visitors can see the stone remains of the complex, which rests on 12-meter-high cliffs and was previously surrounded by a rectangular wall.

According to experts, the site was used to observe the sky and to calculate the Mayan calendar. The largest building is the Castillo with its serpentine columns. At the fresco temple, visitors marvel at wall paintings depicting gods in the form of snakes, lizards and fish. Tulum is a popular photo opportunity and one of the most beautiful sights in Mexico.

The Hierve el Agua is an absolute insider tip in our ranking of the best sights in Mexico. Because although we only encountered a few dozen foreign tourists on our two visits, the place is one of the most beautiful in all of Mexico. We are even dealing with a real natural wonder here!

In addition to warm mineral springs and small geysers, hence the name “boiling water”, there are also two petrified waterfalls to marvel at. The entire setting looks almost surreal, but it was created in a very natural way. Hierve el Agua is around 75 kilometers east of the city of Oaxaca.

Ik Kil is one of the most impressive natural backdrops on the Yucatán Peninsula. This is a cenote, a limestone hole that was created by the collapse of a cave and has been filled with fresh water. The Maya viewed these deep holes as entrances to the underworld and used them as sacrificial sites. Today Ik Kil attracts numerous visitors who cool off in the deep blue water.

The gigantic lianas that hang 26 meters down from the edge of the cenote are also admirable. There are also small waterfalls here and black catfish can be discovered while swimming. If you are looking for an adrenaline rush, you can dive into the dark water of Ik Kils from a 5 meter high cliff. 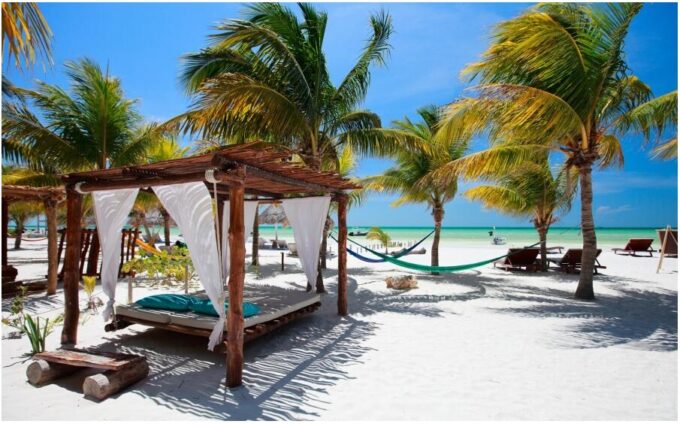 No visit to the Central American country would be complete without a detour to Mexico City and its cultural attractions. In the heart of the capital is Plaza de la Constitución, one of the largest city squares in the world. The square, also known as the Zócalo, is popular not only with tourists but also with locals and serves as a backdrop for concerts, Aztec dances and colorful markets.

Not only are the Presidential Palace, City Hall and Catedral Metropolitana, the largest church in the country, located here. At the Museo Nacional de las Culturas, guests can tour 16 exhibition rooms that display cultural artefacts from around the world. Over 12,000 exhibits are on display in the capital’s former mint.

In the state of Chiapas are the Cataratas de Agua Azul, waterfalls of extraordinary beauty. The cool water plunges up to 30 meters into the depths over numerous cascades. Due to the high mineral content, the water glows in strong colors that change depending on the pool. Bathing is also allowed in quieter parts of the river.

Traders offer handcrafted goods from the region and in a restaurant, guests can fortify themselves with grilled fish. The Cataratas are embedded in lush rainforest and stalactite formations, which were created by the high lime content in the water. A tip: the further you follow the course of the river upwards, the quieter the bathing areas become.

One of the most interesting natural spectacles in Mexico is El Arco, a rock formation in Los Cabos. The rock arch is located on the southern tip of Mexico’s Baja California peninsula and is also called the end of the world. Here the Pacific Ocean merges into the Gulf of California. Wind and waves hollowed out the rock and created a geological structure that is often photographed and that visitors can reach, for example, by glass-bottom boat.

On the journey, you can not only marvel at the rock arch from different angles. Countless colorful fish cavort in the water. With a little luck, you can see sea lions resting on the rock, and between December and March whales are also at home in the cold coastal waters.

The most important art site in Mexico is located in the historic center of the capital. The Palace of Fine Arts was inaugurated in 1934 and declared a UNESCO Art Monument in 1987. Its beautiful facade combines elements of neoclassicism, the Belle Époque and pre-Hispanic architecture. Marble in different colors gives the palace an immense weight, so that it is lower than the surrounding buildings.

A highlight is the glass dome, which lets a lot of light into the main hall. The interior of the museum houses murals and sculptures by famous Mexican artists, as well as ceremonial masks from the Mayan period. There is also a theater in the palace, which is known for its 22-ton curtain. This was made in New York from almost a million pieces of stained glass.

Visitors looking for a secluded island paradise should definitely take a boat trip to Isla Contoy off the coast of Yucatán. Isla Contoy is a picture-book Caribbean island, with pristine white beaches, lush palm groves and azure blue water. More than 150 species of birds can be observed here, and the island is also a haven for sea turtles.

The lighthouse offers beautiful views of the coast, while the visitor center provides information about the Isla Contoys ecosystem. The island was declared a nature reserve in 1998. A snorkeling trip to the Ixlache coral reef is highly recommended. There, visitors marvel at extensive underwater gardens and swim in the midst of colorful schools of fish. 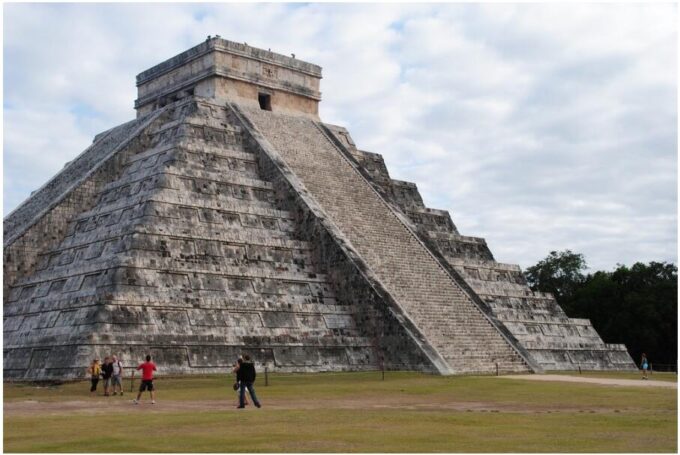