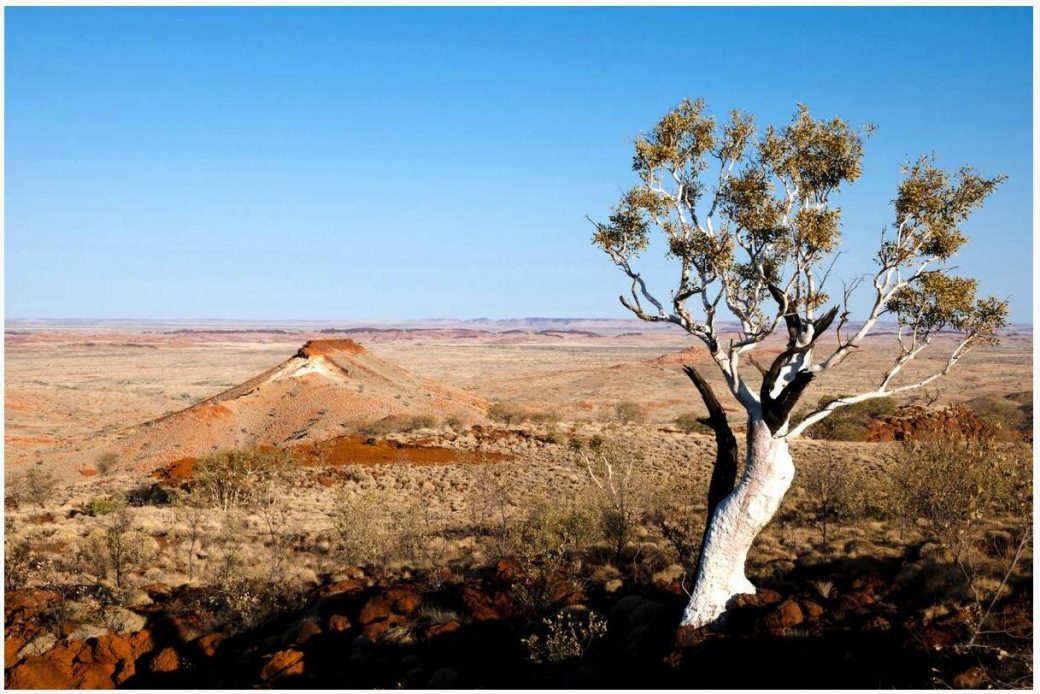 The Pilbara is a contrasting region in the lower north of Western Australia , which has beautiful nature reserves, dreamlike islands, abundant resources and industrial cities covered in red dust. This area has been around for more than 2 billion years, which is why you will find some of the oldest landscapes in the world and many ancient Aboriginal paintings herefinds. Beaches, waterfalls, gorges, wildflowers, mines, huge trucks and red desert landscapes stretching for hundreds of kilometers are characteristic of the Pilbara. In addition, almost 50,000 people live in an area of ​​around half a million square kilometers. Many of the permanent residents work directly or indirectly in industry. The raw materials extracted or processed products inland are shipped from the huge ports of the coastal cities all over the world. By the way, pilbara means mullet in the language of the native Australians.

The ideal route through the Pilbara takes you past all the major sights. The route runs in an S-curve from the Nanutarra Roadhouse to Broome and can of course be modified as desired. Since most tourists travel clockwise in the state of Western Australia, the route is also listed here in that direction. So from Nanutarra Roadhouse it’s 45km north, where you turn off to Onslowtakes. Here you can go on excursions to the Mackerel Islands, for example, where you can discover coral reefs and secluded beaches. After completing your Onslow visit, the highway takes you north, where you have the choice, after another 80km, to take a detour to Pannawonica or to drive directly to the central coast of the Pilbara.

In front of the shores of Dampier, the Dampier Archipelago , the Montebello Islands and the islands of the Barrow Island Nature Reserve invite you to a relaxing excursion. In the west of the central Pilbara coast, on the other hand, you can reach the industrial city of Karratha , the Burrup Peninsula (Murujong), Wickham and the Point Samson Peninsula. Point Samson , Cossack and Roebourne are also the most important places on this peninsula. From Roebourne the subsequent journey leads either along the Indian Ocean to the northwestern coast or into the interior of the Pilbara to the south.

To the south you are greeted by the beautiful Millstream Chichester National Park , the refreshing Python Pool and other freshwater pools. On an unpaved road, it goes to the working-class town of Tom Price , whose highlights are Mt Nameless and the great Karijini National Park are in the Hamersley Range. If you go a further 70km south from Tom Price, you will reach the small village of Paraburdoo. After a long refreshment in the Karijini National Park, it’s time for more desert again. 200km west of the nature reserve you finally reach Newman and the largest open iron ore mine in the world at Mt Whaleback. The S-curve then runs towards the coast again. On the way to the sea you pass Nullagine and Marble Bar – the hottest city in Australia. Those who still haven’t had enough of the outback , the dry air, the heat and the dusty, red earth, will find the Rudall River National Park(Karlamilyi National Park) fallen in the middle of nowhere. From Marble Bar it is a little more than 200 kilometers to get back to the sea and at the same time to the north coast of the Pilbara.

The main attractions on the north coast can be found in Whim Creek, Port Hedland and Cape Keraudren. Port Hedland, like Karratha, is just an industrial city, with tourism clearly not counting as one of the main economic sectors. The neighboring satellite town of South Hedland is a pure working class settlement with various facilities, but without any charm. On the more than 600km long way from Port Hedland to Broome, Cape Keraudren with the great Eighty Mile Beach is a welcome change.

The main routes of the Pilbara are the North West Coastal Highway on the coast and the Great Northern Highway inland. A continuously paved road also connects the eastern North West Coastal Highway at Nanutarra Roadhouse with the Great Northern Highway north of Newman. A few partially paved stretches, on the other hand, provide access to destinations that are even further inland. Nullagine and the Rudall River National Park (Karlamilyi National Park) are the only attractions that can only be reached via bumpy gravel roads.

TransRegional belongs to the Public Transport Authority and is responsible for public transport in the urban areas of Karratha / Roebourne and Port Hedland. Alternatively, the private bus company Greyhound (from Broom via the Kimberleys to Darwin, Alice Springs and Adelaide) or the Integrity Coach Lines (stops in Newman, Paraburdoo, Karijini National Park, Tom Price, Karratha, Headland and Broome) are available.

There are several tourist offices in the Pilbara region, which are listed in the relevant posts.

Karratha, Wickham, Port Hedland, Tom Price and Newman are ideal for replenishing supplies cheaply. However, a grocery store was also built in Dampier and Paraburdoo. In some places there are also small general stores and the rest stops also sell a few necessities. Bank branches can be found in Karratha, Wickham, Tom Price, Pannawonica, Newman and Port Hedland. Even if many parts of the Pilbara are a bit more remote, you will pass a petrol station at least every 300km on the main roads. In the remote desert regions, on the other hand, you should prepare very well for the lack of gasoline, water, food, etc. 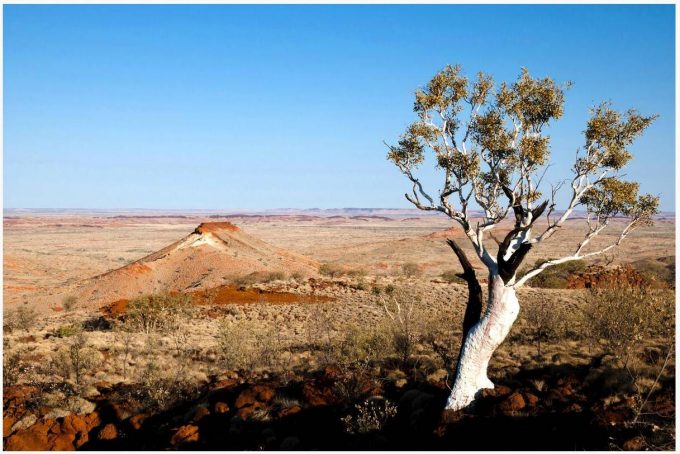