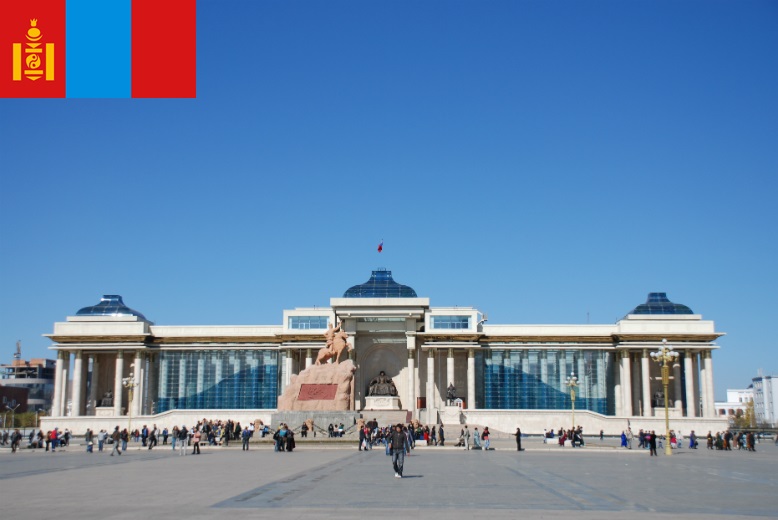 Mongolia is a country located in the region of Eastern Asia. See abbreviation for Mongolia. Mongolia is still struggling with the traces of its communist heritage and the transition to market economy has created economic and social divisions. The political issues that dominate the debate include how income from the country’s mining industry should be distributed and about the widespread corruption.

The Democratic Party (DP) won in the 2012 parliamentary elections and formed government together with the Justice Coalition, an association of two smaller parties see Political system. The government cooperation also included the small party Civil Courage Party -The Greens. Before the election, the DP ruled with the Mongolian People’s Party (MPP), a successor to the old Communist Party and which dominated politics since the transition to democracy in the early 1990s.

The Democratic Party also won the presidential election in 2013. Against the DP’s candidate, the incumbent President Tsachiagijn Elbegdorzj, stood the lawyer, parliamentarian and former wrestler Badmaanyambuu Bat-Erdene of the MPP and the former health minister Natsag Udval who was the first woman to stand in a presidential election. She was running for MPRP, an outbreak of MPP (see Modern History), as party leader and president Nambarijn Enchbajar stood accused of corruption.

Elbegdorzj already won the first round with strong support from the country’s urban middle class. Observers from the Organization for Security and Cooperation in Europe (OSCE) criticized the media’s limited opportunity to report freely in connection with the election.

At the top of the agenda for government work, President Elbegdorzh set out to attract more foreign investment to the country, including by allowing mining in a larger area, and fighting corruption. Elbegdorzh advocated “resource-nationalism”, which meant that profits from the mining industry would benefit the country to a greater extent and not only end up in the pockets of the foreign mining companies. Critics have pointed out that a large part of the population still lives in poverty, despite the strong economic growth that the mining industry provides. 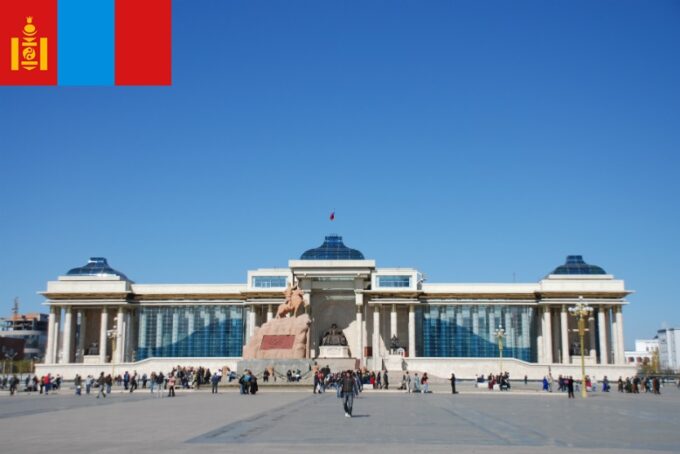 Corruption is a problem both for foreign investors and for the Mongols themselves. According to a 2013 survey by the Transparency International organization , 86 percent of respondents in Mongolia responded that the government was ineffective when it came to preventing corruption. 45 percent responded that they paid bribes themselves.

The environmental problems that result from the mining industry are also a hot issue. In the fall of 2013, gunfire erupted in the capital as protesters, protesting against the mines’ pollution of the environment, tried to enter parliament.

After the parliament resigned from Prime Minister Norovyb Altanchujag in November 2014, partly because of allegations that he was involved in corruption, Tjimedijn Sajchanbileg was appointed new Prime Minister. The opposition party MPP boycotted the vote, but a month later the party chose to join a broad coalition government with both the DP and the Justice Coalition and the Civil Courage Party-The Greens. The main reason the parties chose to govern together was the need to deal with the difficult economic situation in the country.

Eight months later, however, MPP was fired from the government. Prime Minister Sajchanbileg received support in Parliament for a proposal to dismiss all MPP ministers. Assessors believed that the reason why the MPP was excluded from the government was to politically separate the country’s largest parties ahead of the upcoming elections in June 2016.

Dissatisfaction with the government’s economic policy combined with an economic decline led to the DP losing the election. During DP’s time in power, foreign companies had become more difficult to establish in Mongolia and the weaker growth in China had a negative impact on the export industry. The MPP, which in particular promised child families a number of benefits during the election campaign, won almost 90 percent of the parliamentary mandate. The new parliament then approved Zjargaltulgyn Erdenebat as new prime minister.

The remainder of 2016 and the first half of 2017 were characterized by domestic political quarrels and economic crisis. A sharp decline in foreign investment and falling commodity prices led to financial problems, while government spending was high. Prime Minister Erdenebat then turned to the International Monetary Fund (IMF) for financial support. A loan package was negotiated for the equivalent of $ 5.5 billion, which included reforms that would help Mongolia reduce budget deficits and government debt as well as the high dependency on commodities. Other lenders such as the World Bank, the Asian Development Bank, Japan and South Korea joined in with support.

But the help was associated with tough austerity measures. The government must reduce government spending and taxes must be increased, as is the retirement age.

In the June 26, 2017 presidential election, the Democratic Party (DP) candidate, former boxer Chaltmaagijn Battulga, won by 38 percent of the vote. But that wasn’t enough for him to win the presidential post. A second round of elections was therefore held on July 7 between Battulga and MPP candidate Mijeegombyn Enchbold. In the second and decisive round of the presidential election, Battulga won by about 51 percent of the vote over Enchbold, which got about 41 percent. The turnout was around 60 percent.

A few months after the ruling party MPP’s candidate Enchbold lost the presidential election, the party decided to demand the resignation of Prime Minister Erdenebat. One of the reasons why the party lost the presidential election was considered to be that the party elite had escaped having received large sums of money in exchange for ministerial posts. Erdenebat was also accused of bribing voters and of having ministers enriched by companies with ties to them winning government procurement equivalent to several hundred million dollars. But perhaps the most important reason for the setback in the MPP presidential election was the dissatisfaction of the population with the austerity agreements that the Erdenebat government agreed with the IMF earlier this year.

A majority of MEPs voted in mid-September 2017 to dismiss Erdenebat and his government. MPP agreed at the end of the same month to appoint Uchnaagiin Chürelsüch as Erdenebat’s successor. Chürelsüch was appointed new Prime Minister by Parliament in early October. Difficult tasks awaited Chürelsüch, he must not only try to unite the fragmented government party, but also deal with the soaring state debt of nearly $ 23 billion. It remained to be seen how long he would be in his post, no prime minister has sat for a full term since 2000.

Corona pandemic and the 2020 election

In the spring of 2020, Mongolia was also reached by the new corona virus, which began to spread in China in Wuhan city in late 2019. Mongolia responded when the virus outbreak became known to close the border with China and when the first case of the virus-caused disease covid-19 was initially reported by March the country’s largest cities for entry and exit were closed to stop the spread of infection. Schools were also forced to close, as were restaurants and shops.

Mongolia, unlike many other countries in its vicinity, managed to avoid a greater spread of infection during the spring. In June, only 200 cases of covid-19 had been reported and no one was reported to have died in the disease. The successful handling of the pandemic benefited the ruling MPP, who again won big in the parliamentary elections on June 24, 2020.

However, the government was facing major problems, not least financial ones in the wake of the pandemic. It was not only business life, the restaurant industry and tourism that was severely affected by the closure of society, but also important coal exports had decreased due to lower demand and the closing of the country’s borders.