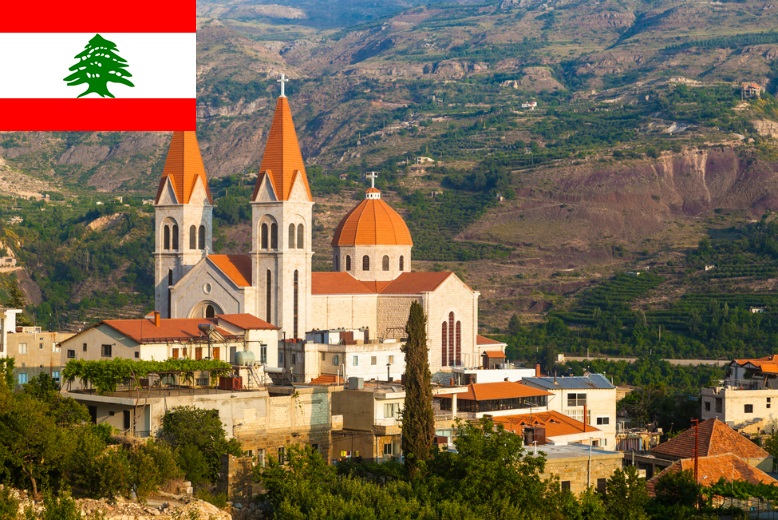 Lebanon is a country located in the region of Western Asia. See abbreviation for Lebanon. Lebanon is witnessing something of a new Arab spring. A protest movement that took off in the fall of 2019 has succeeded in forcing a new government, but also requires a completely new constitution and a new electoral law, which is not based on the citizen’s religious and ethnic affiliation. The protest movement challenges strong forces: It does not question the leaders of the various groups, who according to the constitution and the electoral system should share power.

Government power is based on a balance between Lebanon’s largest religious groups: Sunni Muslims, Shia Muslims, Christians and Druze. Since 2005, politics has been dominated by two major alliances, the March 14 Alliance and the March 8 Movement, but domestic policy development is closely linked to what is happening in the immediate area, not least in Syria. Many Sunni Muslims sympathize with rebels in Syria, while Shiite Hezbollah supports the Syrian regime.

For the regional powers of Iran and Saudi Arabia, Lebanon is an arena for power struggles through local agents. In particular, Iran’s ally Syria has exerted a strong influence on Lebanese politics. From the civil war of 1975 to 1990 and many years to come, Syria had a large troop presence in Lebanon, and no political decisions could be made without the approval of the leaders of Damascus. Syria was forced to withdraw its forces from Lebanon following the assassination of politician Rafiq al-Hariri in 2005 (see Modern History). Syria was blamed for the attack and large hostile demonstrations were staged. Syrian influence subsequently declined, but has continued to be significant.

Syria and Iran support the March 8 movement, which includes Shiite Hezbollah and Amal, as well as the largest Christian party Free Patriotic Movement. The ties between Hezbollah and Iran are strong. Iran sees Hezbollah as the protector of Shia Muslims in the region and provides the group with money, training and weapons.

The March 14 alliance is dominated by Sunni Muslims and is supported by Saudi Arabia and the West. The alliance also includes a couple of Christian parties. The druses are divided between the blocks.

In 2014, for the first time in three years, the two blocs succeeded in a government. The old unifying government had fallen in 2011 on disagreement over a UN tribunal appointed to investigate the Hariri murder. Prosecution was brought against five members of Hezbollah for the attenate that took over twenty lives, but Hezbollah has refused to arrest and extradite the five and accused the court of being part of an Israeli-American plot. A lawsuit has been opened against the defendants in their absence. 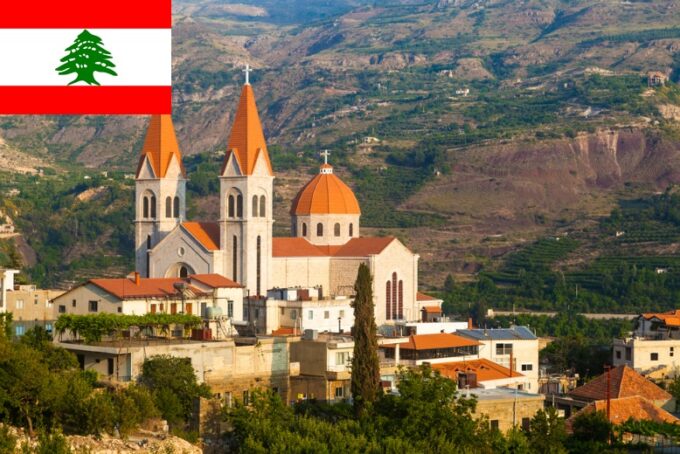 In the shadow of war

Developments in Syria after the Arab Spring 2011 have exacerbated the political contradictions in Lebanon. When the demonstrations for democracy in Syria were answered with violence and the situation developed into civil war, the two political blocs in Lebanon ended up on one side: the March 14 alliance on the part of the Sunni Muslim revolutionaries while the March 8 movement allied with the Syrian government. In 2012, Hezbollah also actively joined the Syrian regime in the civil war.

For Hezbollah, it is important that the Syrian regime remains. With a hostile regime between Lebanon and Iran, Hezbollah would be cut off from its main sponsor. Hezbollah also claims that the movement by fighting in Syria has prevented extremist movements such as Islamic State (IS) from spreading its empire to Lebanon. Through its participation in the civil war, Hezbollah has at the same time become the target of attacks carried out both by Syrian rebel groups and by domestic Sunni extremists allied with rebels in Syria. If rebels manage to create disarray in Lebanon, Hezbollah is forced to divide some of its resources there.

The Lebanese army has also been attacked. The army has traditionally been seen as a neutral and national force, but during the Syrian conflict has been accused of going Hezbollah’s affairs when it intervened against Sunni Muslims who instigated bombing against Hezbollah inland.

In the border regions between Lebanon and Syria, it has been particularly troubling. Syrian rebels have sought protection from Sunni Muslim friends on the Lebanese side of the border, prompting Syria’s government flight to bomb areas in Lebanon.

In the city of Tripoli in the north, there have been occasional bloody clashes between Sunni Muslims and the city’s Alawites, that is, the same Shiite Muslim minority to which Syrian President Assad belongs. Even in the Beka Valley in the east, battles erupt between Shi’ite Muslim and Sunni Muslim villages.

The refugee stream increases the pressure

To the instability contributes the large stream of refugees who fled the fighting in Syria. Lebanon is the neighboring state that has received the most refugees in relation to its own population. By New Year 2017–2018, there were nearly one million Syrians in Lebanon; in fact it was the first time in several years that the number was less than one million (see also Population and languages). The refugees are increasing the pressure on school systems, health care and water and electricity supply. There are also more people fighting for the jobs that are available. The refugee situation also creates security risks. The refugees are generally Sunni Muslims and the hopelessness of refugee life is feared to drive some to join Sunni radical rebel groups. In 2018, the Beirut and Damascus governments began organizing a return to Syria, where the regime regained control over many disputed areas.

At the same time, the situation of the many Palestinian refugees in Lebanon has remained unsolved.

Due to the unrest, planned parliamentary elections were postponed for several years, but elections could finally take place in May 2018. Participation was lower than expected, which is partly believed to have been due to the fact that voters did not feel at home with changes made to the electoral system. For Hezbollah, the election was a success, while the then Prime Minister Saad al-Hariri’s party, the Sunni Muslim Future Movement, lost a third of its mandate. Nevertheless, Hariri had the command to form government again, as the constitution says that the Prime Minister’s post should go to a Sunni Muslim. For almost nine months after the election, the outgoing government was allowed to remain as an expedition minister as a result of the difficulties for the political blocs to agree on the ministerial posts in the next assembly government.

When the election was held, Saad al-Hariri had led a government since the end of 2016 that included most political parties except the Christian Falangist Party. In November 2017, he suddenly announced his departure, raising concerns about a violent development. Hezbollah and its allies in Iran accused Saudi Arabia of pushing for the departure, which Hariri soon withdrew (see Calendar). The tours around the departure hardly strengthened the Hariri camp’s position ahead of the 2018 election.

Disagreement between the parties also led to the presidential post being vacant for over two years after the resignation of President Suleiman in May 2014. The president is appointed by Parliament and several unsuccessful attempts were made to vote for a candidate. Only at the end of October 2016 could Christian politician Michel Aoun be appointed new president.

In 2019, when Saad al-Hariri succeeded in getting a government together again, a bitter message came from the ministry: a revolving belt budget. Since then, the popular protests have returned to planned measures, including reduced pensions and increased energy taxes. In the fall, scenes reminiscent of the Arab Spring of 2011 occurred when hundreds of thousands of protesters demanded not only a new government and functioning community services, but also an end to the political system driven by bitter tug of war between the leaders of Lebanon’s people groups and most favoring the leaders and their heir. President Aoun can be taken as an example, though he is just one of many figures that have provoked the people’s anger: There was a time when Aoun made critical statements against slanderous politics, but in the government that the 2019 protesters had to resign, his son-in-law Gebran Bassil held the post of Foreign Minister. One reason why the people’s anger is directed at Bassil is his previous efforts as energy minister and ultimately responsible for the country’s electricity grid and energy costs.

The protest movement has, for starters, demanded that the country be ruled by an expert government. In early 2020, a new ministry was presented. The new Prime Minister, the academic Hassan Diab, says it is a politically independent government, but it could hardly have come about without being accepted by Hezbollah and his allies, Amal ally. President Aoun also supports it, while the forced Saad al-Hariri movement, as well as the threat leader Walid Jumblatt and the Maronite Lebanese forces are reported to be at a distance.

The first challenges Diab’s government faces are a stagnant economy, large government debt and a currency with eroded value. Its efforts will be rated by a tried and tested people.

Reading tips – read more about Lebanon in the UI’s online magazine Foreign magazine:
What fires under the surface can light new fires in Lebanon (2017-12-05)
Most people in the Middle East are Living on the Edge (2017-12-08)
Everything more difficult for Syrian refugees in Lebanon (05/05/2017)
Syrian refugee crisis makes Lebanon particularly vulnerable (9/9/2017)
Palestinians at the bottom of Lebanon’s social ladder (9/17/2017)