Iran is a country located in the region of Western Asia. See abbreviation for Iran. Since the death of the hero of the Islamic Republic, Ayatollah Ruhollah Khomeini, in 1989, groups within the ruling elite have been deeply disagreeing about how society should develop. Under President Ahmadinejad’s rule 2005-2013, the climate hardened. That is why hope was raised among reform supporters when the relatively pragmatic mullah Hassan Rohani won the presidential election in 2013. But again, conservative forces have been strengthened, partly as a result of the difficulties Iran has thrown in with re-imposed US sanctions.

Despite significant opposition from the most conservative groups, Rohani managed to maneuver Iran into improved relations with the outside world by concluding an international agreement in 2015 to sharply reduce the Iranian nuclear program, which is feared aimed at producing nuclear weapons. In exchange, Iran won the lifting of most economic sanctions against the country. Iran stepped back into international interaction, giving citizens hope for a stronger economy and a better life.

In the 2016 parliamentary elections, reformers and supporters of Rohani greatly strengthened their position and gained more seats than the Conservative camp. For the first time since the revolution, there were more women than theologians in parliament (17-16).

Even in the election that was simultaneously carried out to the important Expert Assembly, whose main task is to elect a new supreme leader if the current leader Ayatolla Khamenei would die during the next term, reform forces gained the majority. Several conservative politicians who strongly profiled their opposition to Rohani and the cautious reforms he initiated were voted out.

The reformists’ advancement took place despite the fact that the Guardian Council, which examines all candidates, had excluded a large number of reformists from running for election.

In May 2017, Rohani was re-elected by a wide margin, although many Iranians were disappointed by his inability to reform society in depth. His great victory was interpreted more as opposition to the candidate of the conservative religious circles than genuine enthusiasm for himself. Still, those who voted for him hoped that his superior victory would give him a mandate to pursue reforms he promised. For despite the electoral success of the reform forces in 2016, the social climate has not become significantly milder since Rohani took office as president in 2013. 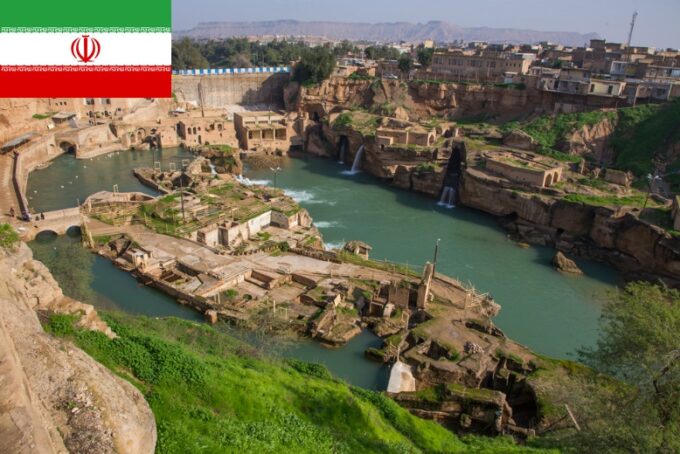 Initially, there were signs of relief in the social and political climate. Some political prisoners were released, which gave echoes to the outside world. Then came a breakthrough in the negotiations on the nuclear program, after a decade of more or less deadlock (see Foreign Policy and Defense). 2014 also saw signs of a recovery in the economy.

But it wasn’t long before it became clear that Rohani was having a hard time making changes very far. The president’s attempts to make the internet more free and accessible were stopped, harassment of media representatives continued and a minister was dismissed after accusations that he was too benevolent to people who participated in protests in 2009. Resistance to change remained compact with the conservatives who controlled politics, the judiciary and security forces.

When the bottom fell from the oil price in 2014, the prospects for a rapid recovery in the economy seemed to fade, but hope rose again in 2016, when the International Atomic Energy Agency (IAEA) confirmed that Iran had lived up to its commitments to the world’s great powers to disarm its nuclear program so strongly that it could produce a atomic bomb had been drastically reduced. The US and the EU abolished most of the economic sanctions against Iran, which now hoped to be quickly re-incorporated into world trade and gain momentum. The settlement was seen as a great victory for President Rohani against the Conservatives who opposed all compromises with the West.

Enthusiasm over the 2015 International Nuclear Energy Agreement changed bitterly since Donald Trump took office as President of the United States in January 2017. In October, he refused to confirm that Iran respected the agreement and left it to Congress to decide whether the United States would reintroduce the sanctions. Trump’s attitude angered the other parties behind the agreement, and they warned the United States of the great risks of withdrawing from it. Iran responded with a demonstrative effort to develop new robots and threatened to abandon the agreement itself. In May 2018, Trump announced that the United States will withdraw from the agreement. Subsequently, in several steps, very sharp US sanctions were imposed on Iran.

Other parties to the agreement promised to try to compensate Iran for the damages caused by the US sanctions, but it proved more difficult than expected. In order to put pressure on the countries that were still behind the agreement (including Germany, France and the United Kingdom), in summer 2019, Iran exceeded two of the limits defined in the agreement: a maximum limit indicating the uranium enrichment rate and the limit on the amount of uranium given stored in the country (see Calendar). Tensions between the US and Iran have continued to increase, with more deviations from the nuclear agreement and, in particular, direct combat operations between the countries, on Iraqi soil (see Calendar).

The serious security situation in the region is another threat both to stability in Iran and to the economy. Iran’s support for the regime in Syria has cost large sums (see Foreign Policy and Defense) and the regime in Tehran has increasingly been forced to contribute – directly and indirectly – in the fight against Sunni extremists in Iraq. In the civil war in Yemen, Iran and Saudi Arabia have supported enemy sites, with consequences also outside Yemen’s borders.

Around the turn of the year 2017/2018, street protests spread against high food and fuel prices, as well as widespread corruption and unemployment. The demonstrations began in the city of Mashhad but developed via social media into a leaderless mass protest, with elements of clear regime criticism. When the police met the protesters with a hard time, more than 20 people were killed, including a child and some police officers. However, most of the victims were demonstrators. While President Rohani spoke in relatively cautious terms, Ayatollah Khamenei condemned the protests ruled by “the country’s enemies”. He was probably referring primarily to President Trump who tweeted in support of the protests. On January 2, 2018, UN Secretary-General Guterres appealed to the Iranian rulers to respect citizens’ demonstration rights. A day later, the head of the Revolutionary Guard went out and said that the revolt had been shut down. At the same time, media reports of new protests came.

The financial difficulties have escalated due to the US reintroduced sanctions and creating increased pressure on the government. For example, in the autumn of 2018, Rohani was forced to replace several sharply criticized ministers. A new wave of protests in the fall of 2019, triggered by gasoline price rises, met with great brutality. The death tolls are disputed but judging from everything high.

Ahead of the 2020 parliamentary elections, the Guard Council stopped more than half of those who wanted to run, and it was in particular reform-minded candidates who were not released. The turnout was very low, only 42.6 percent. Only one in four in the capital Tehran voted. The fact that confidence in the powerful conservative groups that are now dominating politics again is low can also have more explanations, two of which stand out: In January 2020, the regime initially hid the circumstances surrounding a commercial aircraft crashing outside Tehran, when it had in fact been shot down of Iran’s own air defense. And when coronavirus deaths were reported in February, the death toll increased and the number infected so quickly that it cast doubt on the regime’s ability to handle the situation and willingness to keep the public informed.

Among the new parliamentarians elected in 2020, according to reports, there are several who have a background in the Islamic State’s security force Revolutionary Guard. The hardy are sometimes called “principalists”. Among them is a judge named Ebrahim Raisi, who looks to strengthen his chances to one day succeed Ayatollah Khamenei as the country’s highest leader.

Reading tips – read more about Iran in the UI’s online magazine Foreign magazine:
Hans Blix: From an isolated Iran to an isolated US
Trump wants to provoke Iran to submit nuclear technology agreement

The IAEA backs off allegations

The IAEA admits that no evidence has been found that Iran is trying to build nuclear weapons.

The EU freezes the Iranian bank Melli’s assets abroad and stops state loans and export credits to companies that trade with Iran.

Almost only fundamentalists are allowed to stand in elections

Those advocating social reform make up a small minority of candidates in the parliamentary elections after a couple of thousand reformists were banned by the Guardian Council from running for office. Most candidates allowed to advocate an Islamic fundamentalist line, but a group led by former nuclear energy negotiator Ali Larijani appears more pragmatic. The largest group, however, is the conservative supporters of President Ahmadinejad, who receive more than two-thirds of Parliament’s seats. The EU criticizes the election for not being free or fair.

The UN tightens the sanctions

The UN Security Council adopts a resolution to extend travel bans and freeze the financial assets of individuals and companies linked to the Iranian nuclear program. The Security Council also approves that ships that are suspected of carrying unauthorized cargo to Iran are boarded and investigated at sea. Iranian financial institutions abroad should also be subject to stricter scrutiny.