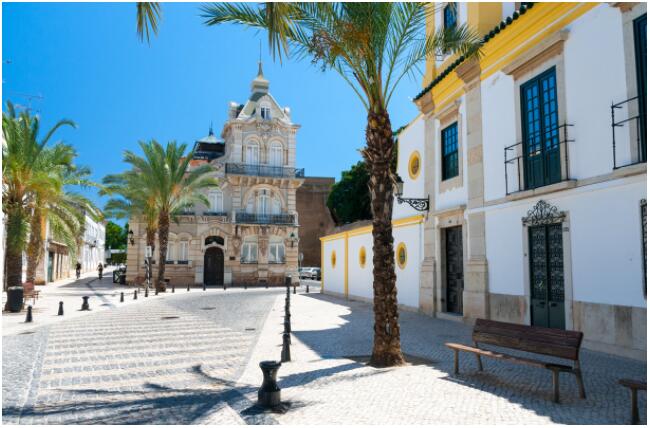 Faro is the starting and ending point for many Algarve trips, as the city has an international airport.

There are no more direct flights from Helsinki to Faro in the Algarve , but the city can be conveniently reached with one change of plane. The fastest journey takes seven hours and can be completed on flights such as Norwegian, Lufthansa, SAS and TAP Air Portugal.

In addition to scheduled flights, the Algarve can also be reached on package tours organized by travel agencies. Popular destinations for package holidays include Albufeira, Lagos and Praia da Rocha.

Plenty of hotels in a wide area

Millions of tourists flow into the Algarve every year. The number of tourists has also been prepared: there are hundreds of hotels and there is plenty of choice. For example, in the resort of Albufeira alone, there are thousands of different accommodation options.

Nearly every popular resort offers great accommodation for four to five stars and, on the other hand, less wallet-intensive options such as hostels. The hotel is worth booking in advance, as the Algarve is a very popular destination, especially between June and August. During the summer season, prices are also higher.

When touring smaller villages and towns, you will also come across traditional inns, which are often reasonably priced. One popular accommodation option is to rent your own villa.

By car around the surrounding areas

As in Portugal in general, the distances in the Algarve are short by Finnish standards. This allows you to see many different destinations during one trip.

The most recommended way to get around the Algarve is by car. Rental cars are available from many major resorts, where international car rental companies also operate. The driving culture differs from the Finnish one, but there is no special reason to avoid driving.

Public transport is also affordable in Portugal, as a bus from the Algarve to Lisbon , for example, costs around twenty euros. Getting around by train is also easy. 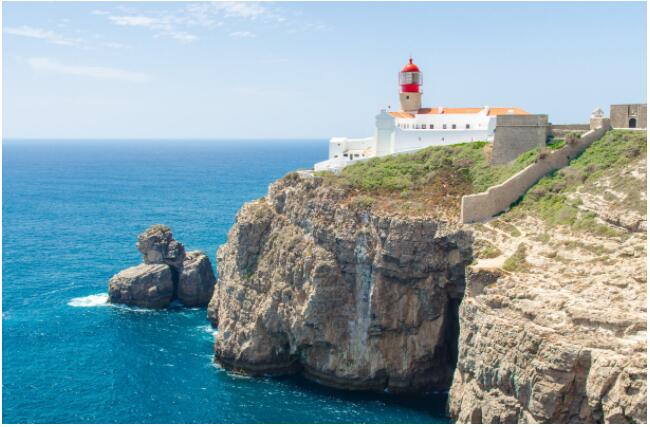 Cabo de São Vicente is located in the southwestern corner of Europe.

Albufeira is one of the most popular holiday destinations in Europe from year to year. Holidaymakers are especially attracted by the well-kept, fine sand and clean beach.

On a popular beach, time does not last long. Activities can always be found from diving to deep sea fishing. Water predators should also head to one of Albufeira’s many water parks. If you want to stay dry, visit the area’s theme parks.

In addition to places to visit suitable for families with children, Albufeira also has entertainment for the slightly older. The Strip is full of bars, restaurants and clubs for a short time.

Experience the southwest of Europe in Kolkka

Next to the village of Sagres on the Cape of Cabo de São Vicente rises an old lighthouse that steers ships to their right route, surrounded by soaring cliffs.

The scenery is handsome and on a cliff you can well imagine what it is like to stand on the edge of the world. The cape is the southwesternmost whole of mainland Europe, Kolkka. The lighthouse café is also a nice stop for a small refueling.

Faro with city life and beach

Faro is the largest city in the Algarve, with an international airport nearby. The city also has the University of the Algarve.

With a population of about 40,000, Faro is a tourist-friendly destination. Thanks to its dense center, it is easy to take over the city by walking along the mosaic-paved pedestrian streets. In addition to the historic buildings of the old town, the harbor as a lively meeting place is also worth experiencing.

You can also spend a beach holiday in Faro. The seven-kilometer beach is similar to other beaches in the Algarve, i.e. fine sand, clean and full of activities.

To golf in San Lorenzo

San Lorenzo Golf Course is one of the most beautiful in the Algarve. Surrounded by lagoons, it is an idyllic golf resort set in the Ria Formosa National Park, recently selected as one of Portugal’s seven natural wonders.

The golf course, shaped into an octagon shape, guarantees full service. The clubhouse offers refreshments in the form of a bar and restaurant, and the golf shop can be used to replenish missing game equipment. There are several hotels nearby, a short distance from the airport.

The beaches around Lagos are perhaps considered the most beautiful in Portugal, as steep rock walls hide idyllic sandy beaches in their shelters.

In Lagos, it is easy to combine the features of a city break with a beach holiday. The small town center is a cozy shopping destination. Pop in the market hall to sniff out local delicacies and then head around the streets of the city center.

The beaches of Meia Praia and São Roque are long and offer good water sports in the Lagos region. Slightly calmer, for example, are the beaches of Batata, Pinhão and especially Dona Maria, which are a few kilometers away from the center of Lagos.

The tourist should hurt the nearby village of Odiáxere, whose white-walled houses allow you to admire the landscape over Lagos ’new rough harbor.