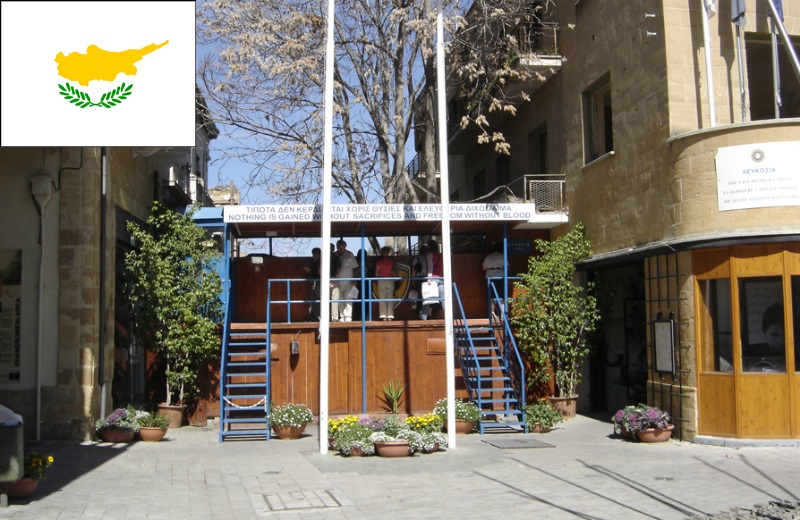 Cyprus is a country located in the region of Western Asia. See abbreviation for Cyprus. Cyprus is formally a single state, but since 1974 the island has been practically divided in a Greek Cypriot southern part and a Turkish Cypriot part in the north. Negotiations for a reunification have so far not led to any breakthrough. At the latest in July 2017, talks under the UN mediation broke down, despite the hopes of peace being greater than in decades.

While the Turkish Cypriot part is only recognized by Turkey, the government in the south formally represents the whole country. Cyprus has been a member of the EU since 2004, but in practice it is the Greek Cypriot part that forms part of the Union.

When the Greek Cypriots went to the presidential elections in February 2013, Nikos Anastasiadis won from the right-wing party Disy. The country had then been in a deep economic crisis since 2011. The choice of Anastasiadis meant that the financial markets saw an opportunity for a solution to the crisis, since Anastasiadis had supported the EU and IMF’s requirements to grant an economic rescue package for Cyprus. The president formed a government coalition between Disy, the center-right party Diko and another small party.

In March 2013, his government and lenders entered into a settlement based on a combination of loans, forced taxation of bank accounts and increased corporate tax. The International Monetary Fund (IMF) and the EU rated the Greek Cypriot government well for its way of enforcing austerity. In March 2016, the country was considered to have recovered from the acute crisis and did not need any more emergency loans.

Meanwhile, new conditions for peace work with the Turkish Cypriots had arisen, thanks to the unexpectedly leftist independence politician Mustafa Akıncı being elected president of the Turkish Cypriots in April 2015. Both he and Anastasiadis enthusiastically stated the possibility of reuniting the island. Negotiations quickly started, and soon both spoke of a solution to the crisis in 2016. The island’s religious community joined the peace efforts.

In July 2013, the government in the north was reformed by the conservative UBP forming a coalition with the leftist CTP, with UBP leader Ömer Kalyoncu as prime minister.

There was some concern that Turkey could steal a settlement at the last moment, as it requires a number of Turkish concessions. In all likelihood, the Turkish soldiers in the north, according to the UN about 30,000 men, must be withdrawn. The at least 70,000 people from the Turkish mainland who settled on the island in recent decades would surely also be subjected to severe pressure to move back to Turkey. Similarly, a settlement would likely put a stop to Turkey’s plans to look for oil and natural gas in the sea off northern Cyprus.

In March 2016, the government was reshaped in the south since Diko resigned from the coalition in protest of what the party deemed to be too much concessions to Turkish Cypriots during the negotiations. Anastasiadis replaced the Dikoministers with independent politicians. 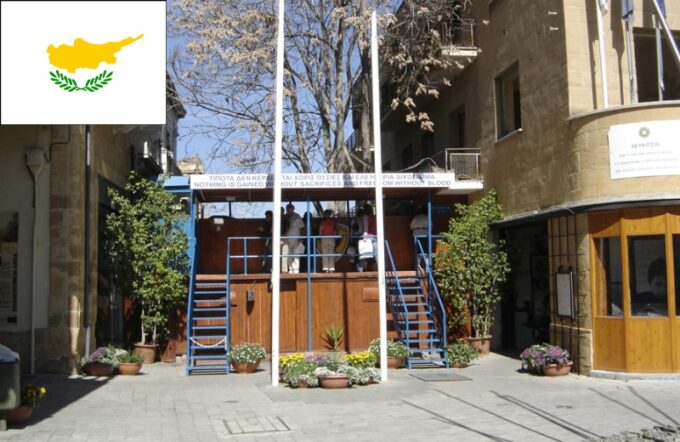 A government crisis in the north a month later was feared to put new sticks on the wheel. The Turkish Cypriot government fell when UBP interrupted its cooperation with CTP following disagreement on economic issues. President Akıncı urged the party leaders to quickly form a new government so as not to damage the peace talks with the Greek Cypriots. He commissioned UBP leader Hüseyin Özgürgün to form a new government. It was made up of UBP and DP.

In addition, in May 2016, the Greek Cypriot parliamentary elections pointed out that dissatisfaction with the political leaders increased in the south. The traditionally leading parties, Disy and Communist Akel, lost voters to new small parties. Above all, the harsh austerity measures to appease the EU and the IMF have angered many residents who have seen their living conditions deteriorate and, in some cases, have gotten rid of bank savings. However, the arrival of a new right-wing party, Elam, into parliament was likely due to opposition to all forms of cooperation with the Turkish Cypriots.

Negotiations on reunification went into what was described as a final spurt in the fall of 2016, with strong commitment also by the UN Secretary-General, but at the end of November the talks were surprisingly stranded. The biggest questions, such as how much land would change owners and how many Greek Cypriots could move back to the northern part of the island, could not be solved. Negotiations resumed in 2017 but collapsed in July, despite the fact that most issues were said to be resolved. Turkey’s refusal to take up to 35,000 soldiers from the island appeared to have been the main stumbling block. As a result of the collapse, UN mediator Espen Barth Eide left his assignment and left on the island’s own forces to solve the problem.

Tensions within the governmental coalition in Northern Cyprus led to a new election on January 7, 2018. In the election, the Conservative National Unity Party (UBP) was the largest with 21 of the 50 seats. As the UBP did not control a majority of the parliamentary mandate, the party could not govern on its own, but had to form a new coalition government.

However, UBP leader Hüseyin Özgürgün failed in his attempts to find coalition partners. Instead, it became the second largest party in the election, the Socialist Republican Turkish Party (CTP), which went back into the elections and landed on 12 seats, which eventually allowed to form government with party leader Tufan Erhürman at the prime minister’s post. Also the People’s Party (HP), a newly formed party that is skeptical of negotiations for a reunification of Cyprus and who got 9 seats in the elections, was also part of the new four-party government. The two other government parties were President Akıncı’s Municipal Democratic Party (CDP) and the Nationalist Democratic Party (DP), both of whom were given 3 seats in the election.

When the presidential elections were held in southern Cyprus at the end of January 2018, no candidate succeeded in getting the 50 percent of the votes required for victory in the first round of elections. In the second and decisive round on February 4, resident Anastasiadis won 56 percent of the vote and thus leaves for a second five-year term. Challenger Stavros Malas, independent politician with the support of Communist Akel, received 44 percent. Voter turnout was 73 percent, a 10 percent decrease compared to the presidential election five years earlier. Anastasiadis won the election with promises of continued economic upturn for Cyprus as well as a fresh start of talks with Northern Cyprus on the island’s reunification.