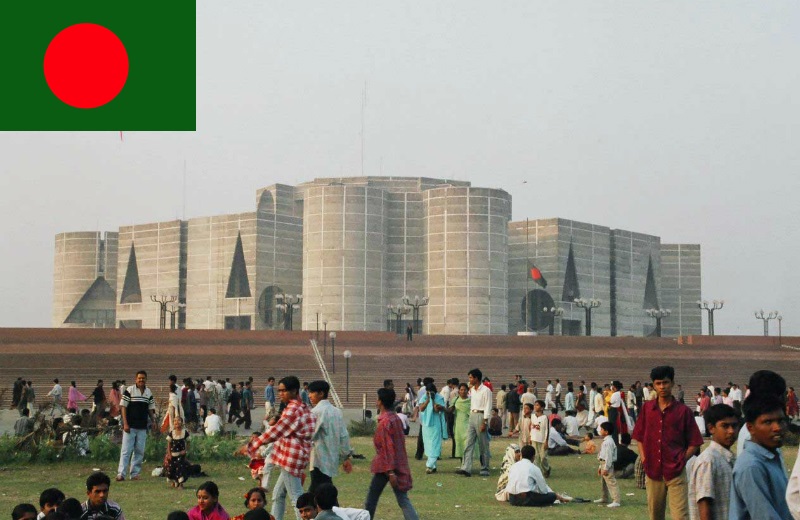 Bangladesh is a country located in the region of Southern Asia. Since democracy was reestablished in 1991, power has essentially shifted between two parties: the Awami League and the Bangladesh Nationalist Party (GDP). The Awami League won the election in 2008 and then replaced a military-backed transitional government that has ruled for just under two years. The Awami League has since remained in power. In 2014, the party won a simple victory in an election boycotted by GDP, but also won the election in 2018, when GDP was up.

When the new government of the Awami Union took office after the December 2008 elections, the party’s leader Sheikh Hasina returned as prime minister after eight years in opposition. After all, GDP, which claimed that cheating was behind the electoral victory, participated when the new parliament came together after the New Year.

Shortly thereafter, in February 2009, a revolt broke out among the country’s semi-military border guards. At least 74 people, mainly officers, were killed before the revolt two days later was defeated by the army. The aftermath caused criticism for a lack of legal certainty due to mass trials that led to severe penalties (see Political system).

Legal security in the country – and political influence on the judiciary – also became a loaded issue through the War Criminal Tribunal established in March 2010 in accordance with an election promise. The purpose of the International Criminal Tribunal (ICT, the name despite a national court) was to investigate crimes committed in the context of the 1971 war of independence. 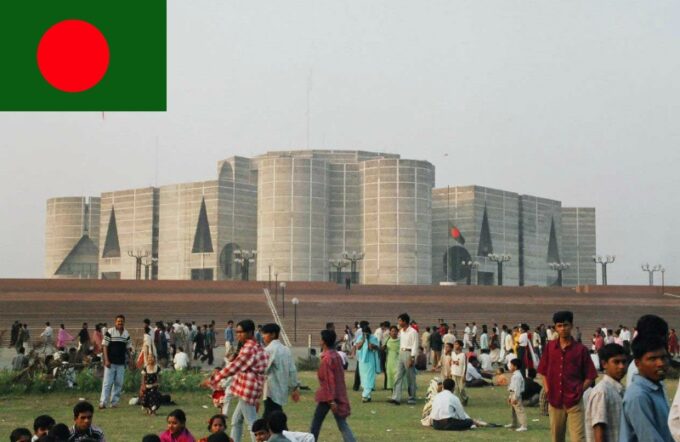 Many Bangladeshi people welcomed ICT and both the UN and international human rights groups were initially positive that abuses committed in connection with independence were legally tested. The charges relate to serious war crimes and crimes against humanity. But the criticism soon grew to lack of transparency, hastily delivered judgments, as well as pressures and threats against witnesses, defense lawyers and others.

The bitter political contradictions were sharpened when the government passed a constitutional amendment in the summer of 2011, leaving the system of unpolitical transitional governments before elections (see Political system). As the opposition now boycotted almost all the work in Parliament, the constitutional amendments were approved with the 291 to 1 vote, but the protests became numerous and violent in 2011 and 2012.

In 2013, Prime Minister Hasina made some reservations about finding a compromise on the government’s composition prior to the election, but both parties basically seemed unwilling to go to the opposite party. Prior to the elections in early 2014, many opposition politicians were harassed. At one point, around 200 GDP leaders were arrested in a strike against the party headquarters in Dhaka. Almost all leaders of the Islamist party Jamaat-e-Islami had been put out of business: they were either indicted by ICT and detained, several of them with death sentences over them, or had gone underground to avoid being arrested. In addition, the party was prohibited from running for election (see Political system).

The opposition continued to boycott parliament and called for total boycott of the election.

The political contradictions also hardened as a result of ICT’s work. BNP and Jamaat dismissed the tribunal itself, which they claimed was devoted to political litigation. When the first life sentence came in early 2013, tens of thousands of government supporters instead demanded that all convicting sentences give the death penalty. They gathered in what came to be called the Shahbagh movement (after a square in Dhaka). Parliament subsequently amended the legislation so that ICT judgments could be appealed, which happened. Jamaat’s Deputy Secretary General Abdul Kader Mullah, who was sentenced to life imprisonment in February 2013, had the sentence changed by the Supreme Court in September of that year and in December he became the first ICT accused to be executed. Since then, a number of death sentences have been issued by ICT and several have also been enforced. Political system).

The Awami League continues to rule

The execution of Kader Mullah at the end of 2013 was carried out just weeks before the parliamentary elections announced by the government, despite fierce protests. Violence with a political background claimed more than 500 people’s lives in 2013, according to the reputed Bangladeshi human rights organization Odhikar. More than 24,000 were injured in the unrest which was significantly worse than last year.

In the parliamentary elections held on January 5, 2014, the Awami League won a walking victory because of the opposition boycott. Just over half of the 300 elective seats were added without elections as the challenger candidates were missing. In the new government, Prime Minister Hasina took care of the Defense, Home and Foreign Affairs posts.

On January 5, 2015, on the day one year after the election, GDP leader Khaleda Zia announced demonstrations demanding new elections. As a result, the police banned all public protest actions indefinitely and locked Zia in her party headquarters. Zia then urged its followers to block the accessibility of roads, railways and rivers in order to cripple important social functions.

The violence escalated with many deaths as a result. By the time the protests had been going on for almost two months, about 100 people had been killed in street protests and other violence. At the same time, a corruption trial was underway against Zia, and at the end of February, the police issued an arrest warrant for her. Zia was arrested, charged with murder, explosion and vandalism, and was charged the following year.

In February 2018, Zia was sentenced to five years in prison for corruption in connection with the transfer of a large sum from a Saudi bank to her orphanage fund (Zia Orphanage Trust) in 1991. In the fall of that year, she was sentenced to another five years for the same crime as well seven years for corruption. Khaleda’s eldest son Tarique Rahman was sentenced in February 2018 to ten years in prison and fines. Rahman, who lives in exile in London, took over as chairman of GDP.

Militant Islamism on the rise

At the same time as the political violence, another wave of violence swept across the country, targeting different kinds of minorities, advocates of a secular society, critics of violent Islamism, intellectuals and foreign nationals. Between 2013 and 2017, dozens of murders of Hindus, Shia Muslims, secular bloggers, academics, LGBT activists and Christians were committed. It is not clear which groups are behind the violence, but the think tank International Crisis Group (ICG) writes that the jihadist landscape in Bangladesh is dominated by two groups: Jamaat-ul Mujahideen Bangladesh (JMB) and Ansarul Islam. The Islamist group Ansarullah Bangla Team (ABT) was banned in May 2015. The Sunni extremist Islamic State (IS) has on several occasions committed murder and terrorist acts in Bangladesh, but the Dhaka government emphasizes each time that the perpetrators instead are domestic Islamist groups or political opposition parties.

In June 2016, more than 12,000 people, including many opposition supporters, were arrested when the government ordered a week-long police operation to stop the killing. Since then, the level of violence has dropped somewhat. However, the Muslim political opposition criticized the police effort for actually targeting them instead of the actual perpetrators in the form of criminal gangs and militant Islamist groups. According to the ICG think tank, jihadists have benefited from the fierce political power struggle between the Awami League and GDP, as this has overshadowed the fight against terrorists and given the extremist groups more room than they otherwise would have.

In 2015 and the first half of 2016, at least 50 terrorist attacks were carried out by IS or IS Bangladesh branch Ansar al-Islam Bangladesh. Among other things, an Italian relief worker was murdered in Dhaka’s diplomatic district and a Japanese citizen. No one has been arrested for the murders of both foreigners.

In July 2016, a ten-hour hostage frame occurred at a cafe in the Gulshan district of Dhaka, where foreign diplomats and aid workers live. 22 people were killed: four Bangladeshi and 18 foreigners. Six perpetrators were killed by police and one arrested. According to an investigation, the deed was carried out by several coordinated domestic groups, including Ansarul Islam, but also the IS took on the mass murder.

The Awami Association is re-elected

With the opposition heavily plunged, the government announced the autumn 2018 parliamentary elections until December 30 of the same year. The BNP decided to stand this time, while Jamaat-e-Islami was forbidden to participate. The electoral movement, as is usually the case in Bangladesh, became troubled and violent with at least 17 dead.

The Awami Federation won a devastating victory and together with allied parties received 96 percent of the mandate at stake. The opposition with GDP at the head accused the government of extensive electoral fraud and demanded re-election, something the Election Commission rejected. In January 2019, a new Awami Federation government joined Sheikh Hasina as prime minister.