With its attractive beaches and almost 200 days of sunshine a year, the Costa Brava is one of the most popular holiday regions in Spain. It begins at the small seaside resort of Portbou in the immediate vicinity of the French border and extends to the popular holiday resort of Blanes north of Barcelona. In German, the term Costa Brava means “wild coast”, but this term does not refer to the heavily frequented party strongholds of Calella and Lloret de Mar.

Rather, the name refers to the rugged coastal landscape with its many charming bays and the idyllic hinterland. The approximately 220 km long stretch of coast offers, in addition to its wonderful beaches, an abundance of interesting places and excursion destinations that make a holiday a varied experience.

Below we present the most exciting tours, most beautiful attractions and best sights on the Costa Brava. 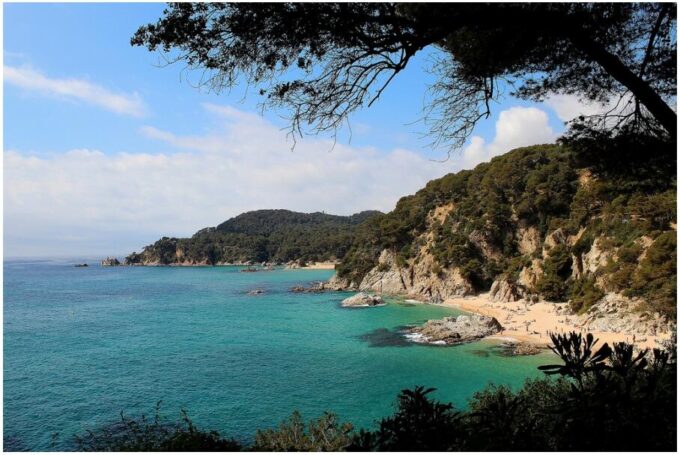 1. The romantic fishing village of Cadaqués

The magical backdrop of many brightly whitewashed houses has attracted many artists to the small fishing village. The most famous among them was the painter Salvador Dali. In many of his surrealist pictures he took up motifs from Cadaqués and made the place known far beyond Spain.

The former home of Salvador Dali and his wife Gala is a 20-minute walk outside of Cadaqués and is now home to an interesting museum. The picturesque coastal town offers its visitors a pleasant bohemian atmosphere with original boutiques, unusual galleries and a large number of quaint restaurants and cafes.

2. Figueres and the Teatre-Museu Dali

One of the great sights on the Costa Brava can be found in the friendly little town of Figueres. Here is the Teatre-Museu Dali, one of the most original museum buildings in the world. The museum is completely dedicated to the great painter Salvador Dali and inspires with its striking, extravagant architecture and the imaginatively designed interiors.

Not far from this surrealistic building you come across the huge fortress Castell de Sant Ferran from the 18th century. The Castell is one of the most impressive and largest castles in Europe and forms a strong contrast to the colorful and playful Teatre-Museu Dali. After sightseeing, Figueres offers many opportunities for shopping and relaxing breaks in cafes and restaurants in the romantic old town.

3. In Girona on the trail of famous films

When you stroll through the enchanting old town of Girona for the first time, you feel like you’ve seen it all before. The impression is not wrong, because more than 300 films have already been shot in this medieval setting, including “Perfume” and several scenes from the “Game of Thrones” series. The long row of pastel-colored houses that stretch romantically along the banks of the Onyar River also appear familiar; after all, they are one of the most photographed subjects in Spain.

A defining building in the cityscape of Girona is the Cathedral of Santa Maria. The church has been changed over and over again over the centuries and is an interesting mix of Spanish and European architectural styles. From the huge flight of stairs in front of the cathedral you have a great view of the city and the distant mountains of the Pyrenees. Girona is also famous for its Arab baths. In the completely preserved building complex from the 13th century you can learn a lot about customs and traditions in the medieval city.

Away from the lively beaches and vibrant holiday resorts, a hike on the Camí de Ronda offers wonderful insights into the magical landscape in the hinterland of the Wild Coast. The 43-kilometer hiking route begins in Sant Feliú de Guíxols and ends in the small fishing village of Begur. You don’t have to hike the entire route, even parts of it are thrilled by the partially untouched nature and the diverse fauna and flora.

The Cami de Ronda was once an important escape route to quickly reach ships stranded on the coast and provide them with help. The path was later used by border guards patrols looking for smugglers. Between the towns of Begur and Palamos, you can marvel at the still-preserved mysterious hiding places for contraband goods.

The rugged Cap de Creus is located on a peninsula that protrudes 10 kilometers into the Mediterranean. The cape is the easternmost tip of Spain and is a spectacular sight with its wild rock formations. The bizarre forms inspired the world-famous painter Salvador Dali to create his surrealistic pictures in his not far home town of Cadaqués.

The monastery of San Pere des Rodes is located in the middle of this pristine natural setting. The more than 1,000 year old Romanesque building has been carefully restored and offers impressive panoramic views far over the adjacent French coast. 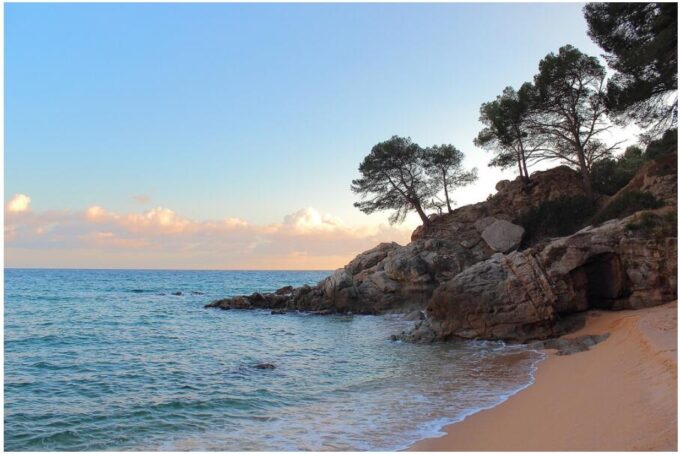 6. Tossa de Mar is the starting point for exciting excursions

The small seaside resort of Tossa de Mar is only a few kilometers north of Lloret de Mar and, with its historic old town, offers a nice contrast to the popular party stronghold. A panoramic road begins here, which leads with numerous hairpin bends close to the edge of the cliff to Sant Feliu de Guixols.

It is probably this breathtaking rocky landscape that gives the region the name “Wild Coast”. Those who like it just as spectacular but less adventurous can cover the same distance in a glass-bottom boat and admire the Costa Brava from below.

7. The prawns of Palamós

Palamós is one of the original and now rare active fishing spots on the Mediterranean. Palamós prawns are famous and sought after all over Spain. You should plan your visit so that you are in the harbor in the late afternoon and can experience the return of the fishing boats.

Lively auctions begin immediately upon arrival and a handful of freshly caught shrimp is a wonderful delicacy. Palamos is also home to a fishing museum that is well worth seeing, which provides interesting insights into the technology and processes involved in fishing.

The stately Castell de Peralada is about 20 minutes by car from the coast. The castle-like complex is located in a spacious park and is completely enclosed by a fortification wall. The origins of the fort are in the 9th century. Today the aristocratic palace has become the “Peralada Resort”, which offers a multitude of attractions.

This includes a casino, a lovingly designed small museum and an internationally renowned winery. A stay on the terrace of the Restaurant del Castell is particularly pleasant. It is located between the two twin towers of the castle and offers a wonderful view of the well-tended park in a fascinating ambience.

9. The villages of Pals, Besalú and Castelló d’Empúries

The enchanting villages in the hinterland are among the most charming sights on the Costa Brava. When strolling through the idyllic narrow streets, you feel transported back to the Middle Ages.

Small shops with handicrafts, tiny cafés and quaint specialty restaurants convey an unadulterated Mediterranean lifestyle and make a day of vacation a very special experience that one fondly remembers. The small villages are particularly pleasant and relaxing in the early evening hours.

10. The culinary highlight of the Costa Brava

Everywhere on the Costa Brava people like to eat well and eat well. Along the coast and in the immediate hinterland you will find many restaurants that have been awarded one or even more of the coveted stars of the Michelin gourmet guide. The front runner is the El Celler de Gran Roca restaurant.

It is one of the top ten restaurants in the world. It’s not easy to get a table in season, but it’s worth the wait. The traditionally offered 21-course menu is a lasting experience that, in addition to all the sights, the greatest experience will be a holiday on the Costa Brava.